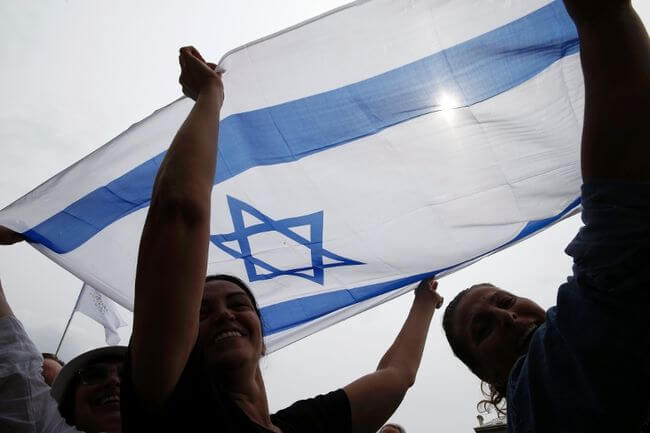 theQuestion: Should the federal government enact legislation to ban the Boycott, Divestment and Sanctions movement against Israel?*

Wheeldon posted last August, “One could argue that Israel’s intention was always to ethnically cleanse the region…A minority of Palestinians are bombing buses in response to what appears to be a calculated effort to commit a war crime.”

There should be no room in Canadian politics for those who promote such vile statements. To accuse Israel of conducting ethnic cleansing is repugnant. Jews have been persecuted for more than 2,000 years. Six million Jews were exterminated during the Holocaust. And, today Israel is fighting an enemy that does not recognize its state and seeks to wipe it off the face of the Earth.

Bravo, to NDP leader Thomas Mulcair for demonstrating there is zero-tolerance for such opinions in his party.

Zero-tolerance is also what the Harper government promised in a speech by Public Safety Minister Steven Blaney to the U.N. last January. He said “Canada has taken a zero-tolerance approach to anti-Semitism and all forms of discrimination including in rhetoric towards Israel, and attempts to delegitimize Israel such as the Boycott, Divestment and Sanctions Movement.”

The BDS Movement began in 2006 at the request of Palestinian non-governmental organizations. The goal is to inflame anti-Israeli sentiment in the west and encourage adoption of punishing economic sanctions in order to pressure the people of Israel.

It’s through promotional materials, social media and direct BDS actions that many Canadians are gaining their “opinion” on the conflict. As a result, some university student unions, labour unions, and established church groups are passing votes in support of BDS. Wheeldon’s Facebook comments are a good example of the type of ugly, anti-Semitic rhetoric promulgated by BDS supporters.

The BDS Movement should be investigated and if necessary prosecuted under Canada’s hate crime laws or banned altogether under new legislation if necessary. The Charter of Rights and Freedoms does not protect hate.

I remind every reader, anti-Semitism runs deep in our country. Up to and through WWII, Jews in Canada were excluded from prominent jobs at universities, hospitals and law firms – and, were barred from many public places.

When desperate Jews turned to Canada to escape Nazi horror, we turned our back, accepting only 4,000 of the 800,000 Jews who escaped Nazi-controlled Europe—one of the worst records in the world.

We must not turn our backs again.