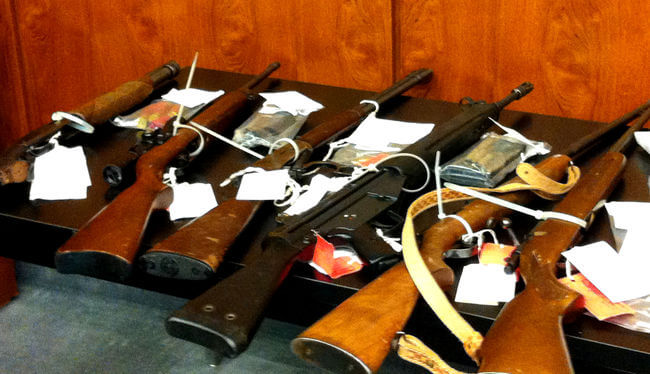 theQuestion: Do we need tighter controls on guns?*

I am anything but conservative when it comes to the issue of gun control. We need to do a better job of controlling access to firearms. There are too many guns in Canada and if you believe we are immune from the virus of gun violence that infects the United States, you are mistaken.

Canada has a high percentage of gun ownership to population. According to a 2010 RCMP report, there are about 7.5 million registered firearms in Canada.

That number increased by 500,000 in just four years, a significant increase in a short period of time. These are just the registered firearms and estimates by those on both sides of the gun debate peg the real number at 16 million to 21 million. This is a whopping number of guns in our country.

At the same time the number of guns is increasing, the number of owners is decreasing. Meaning those who own guns are building up their arsenals, stockpiling an average of 4.14 guns each. Why is that? How many rifles does one need to hunt for food?

My Duel colleague paints a quaint picture of a time long ago when Canadians took to the land to hunt for sustenance. Today, though, this justification is a fallacy.

Canadians are not adding over 100,000 new firearms a year to their arsenals in order to hunt for food. They are hoarding more firearms in response to a growing pro-gun culture, one grounded in the rhetoric of anti-government, pro-freedom zealotry. Canada’s National Firearms Association’s tagline is “in defense of freedom,” not in defense of sustenance hunting.

Yes, it is true Canadian arsenals are stocked mostly with long guns — rifles and shotguns — but it’s a mistake to believe they are more benign than handguns. According to RCMP data, in 2004 long guns account for 69% of all deaths involving firearms and handguns account for 26%. In 2005, long guns were used in 72% of spousal-related homicides, and 77% of police officer killings in the 2000s.

In the Ecole Polytechnique massacre, Marc Lepine used a small-calibre target riffle to slaughter 14 women. He bought his rifle at a sports store in Montreal, telling the clerk that he was going to use it to hunt small game.

It’s time to repudiate hunting as justification for increased gun ownership and the rejection of increased gun controls. I applaud the city of Surrey for working to deny the opportunity for more guns to get in the hands of more people.