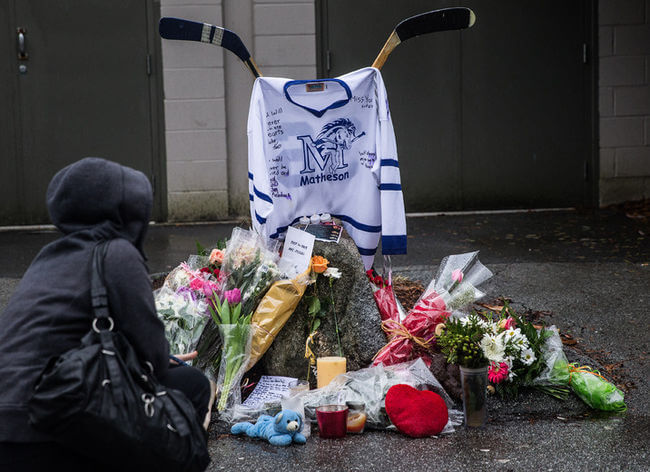 The horrific murder of Julie Paskall over the holidays has hit home for many. The randomness and barbarity of the unprovoked attack against the 53-year-old hockey mom — who was waiting for her son outside a Surrey hockey rink — has called into question the basic right to safety in public places. While we don’t have all the details, it’s possible the perpetrator is an agitated, mentally ill user of hard drugs. The rampant use of hard drugs — and the mental illness, violence and homelessness associated with it — have many, myself included, saying enough is enough.

The problem is becoming an epidemic across the Lower Mainland. In a news conference last September, Mayor Gregor Robertson said there are 2,000 people in Vancouver who are classified as “severely addicted mentally ill.” He drew a direct correlation to the rise in random violent attacks — beatings, stabbings and shootings. Many are addicted to stimulants like crystal meth, which can cause severe paranoia and psychosis.

Options currently deployed to address the crisis are not working. Increased policing simply pushes the problem into neighbouring communities. Criminal incarceration is expensive and not likely, as our justice system seems incapable of dealing with the enormity of the problem. Hospital care on the scale needed is impractical and traditional mental institutions are either closed or not designed to meet this particular challenge. We could provide more money to increase community residential treatment programs, however many participants fail, choosing drug use over recovery. Not to mention, no one wants a recovery house in his or her backyard. So what can we do?

In the wake of this most recent tragedy, some have called for rounding up all the violent and mentally ill drug users and shipping them off to the Interior to work the land and get clean. I agree. The province spends $1.3 billion a year on services that directly address mental health and substance use. We should redirect some of that funding to create a large-scale facility in the Interior, away from towns and cities, to securely house and facilitate co-ordinated, team-focused care. “Residents” would be legally mandated to participate in recovery programs and outdoor work projects. They would get plenty of help to clean up and prove they are committed to recovery before they can re-enter society.

Is this a suspension of their civil liberties? You bet it is. I believe the community’s right to safety is more important.