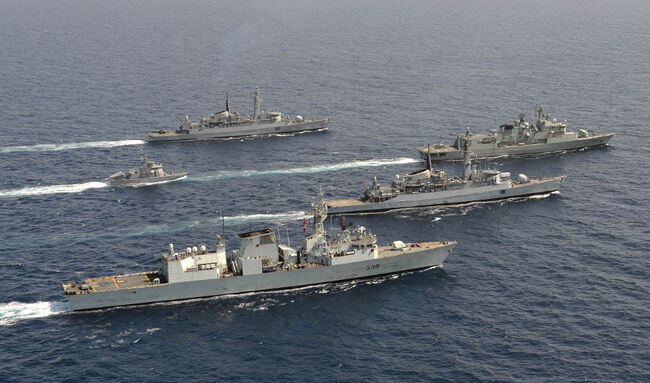 theQuestion: Is the state of the Royal Canadian Navy an embarrassment to the country?*

On the 15th anniversary of 9/11 — the most devastating global jihadi attack on Western soil — Canadians must reflect upon our readiness to defend freedom.

Make no mistake, the followers of Islamic extremism believe they have the right to take your freedom from you in service of their barbaric ideology. The Nazis were defeated and the cold war is over, yet the threat from totalitarianism is as real as ever.

Complacency invites death and suffering — and I fear Canada is under its grip.

The state of the Canadian navy is an embarrassment to the country. Our entire approach to military defence is nothing but a farce. Why else would my Duel colleague feel it appropriate to open his column with not one, but two offensive punchlines about our naval fleet. Did he renounce these jokes? No. Why should he, when many Canadians have little if no respect for the military and see no need to strengthen it.

Clearly our navy is in decay. The scrapheap Victoria-class submarines we bought from the United Kingdom constantly break down, suffer catastrophic electrical damage and, in the case of HMCS Chicoutimi in 2004, catch fire causing death.

Our destroyers and frigates are little better. Last year, the HMCS Athabaskan twice broke down while at sea. It is Canada’s last remaining destroyer and come next year when it’s retired, the plan is to lean on the Americans to help protect Canadian ships from air attack.

Canada should not be turning to the U.S. for help — we should be helping them in the defence of our strategically bound territorial waters. Petr argues we live in a peaceful neighbourhood. I wonder what the families of the 3,000 dead, from 60 different countries in the 9/11 attack would say to that. New York and Washington are in our neighbourhood. So are San Bernardino, Orlando, Paris and Nice.

It’s true that conventional military forces are not best suited for many of the unconventional threats we face today. I grant that a fleet of new submarines and fit-for-fighting destroyers would not stop a terrorist from detonating a suicide bomb or prevent ISIS from hacking into computer networks. Yet we must prepare for attack across our entire flank — complacency is not an option.

History teaches that threats to security are always in the abstract until they happen.