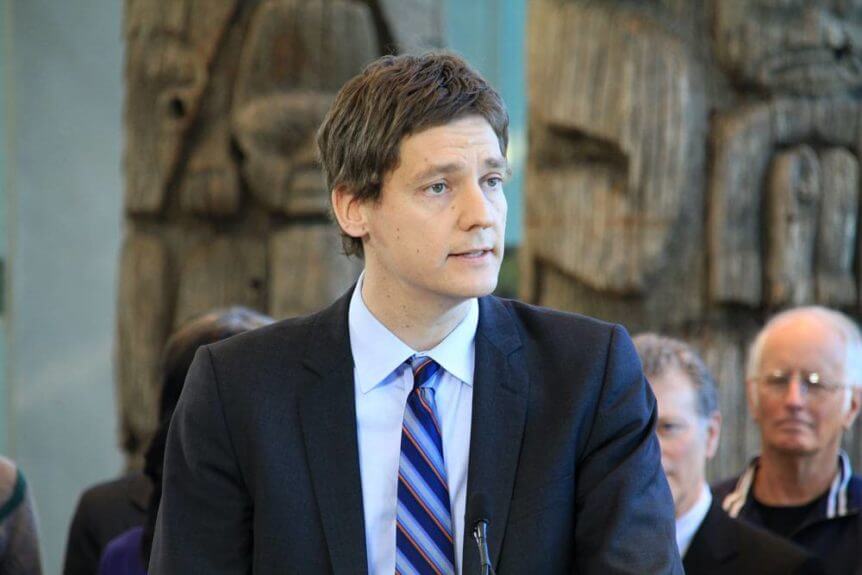 theQuestion: Is it fair play for the BC NDP to accuse the premier of “laundering” political donations through her party?*

Corruption runs rampant in the halls of power, if you are to believe the angry left in this province and those across the country. Progressives have marshalled forces in a righteous war against political and economic corruption — it’s becoming quite the craze.

Take the outrageous allegations made against Premier Christy Clark by BC NDP MLA David Eby in his complaint to Conflict of Interest Commissioner Paul Fraser. Eby accused Clark and the BC Liberal Party of taking political donations garnered through private invitation-only fundraising events and funnelling a portion of those dollars directly to the premier through her Leader’s Allowance — an annual stipend compensating Clark for work as party leader.

Eby described the stipend as being “laundered” through the party and fluctuating from year to year in correlation with fundraising results — essentially operating as a commission fee.

Eby even went so far as to say donations “may as well be passed directly to the Premier … in an envelope,” That’s an astonishing accusation which Eby must have known not to be true when he made it. Politicians as a rule never touch the money.

The conflict commissioner didn’t buy any of it. In his report, Fraser ruled there is no correlation between funds raised at “exclusive” private events and the annual stipend paid to the premier by the BC Liberals. Yes, these events cost a lot to attend and feature some face-to-face time with the premier, but no laws were broken. And “the Premier’s private interest is not advanced by any particular donor or group of donors at these events,” Therefore, she cannot be in an apparent conflict of interest.

Eby’s allegations go beyond what should be considered fair play in the world of politics. They are probably libellous and most certainly dangerous — spurious charges like these undermine public trust in government, no matter which party is in power.

The New Democrats may win a few news cycles with this issue. But it’s a slash-and-burn strategy that could haunt them in the unlikely event they win the next election. Those small individual donations so lauded by the left won’t bring in enough funds for the NDP to fight an incumbent election in 2021. Where will they get their money?

In regards to the premier’s stipend, a person should be compensated for their labour. I’m surprised the NDP doesn’t.