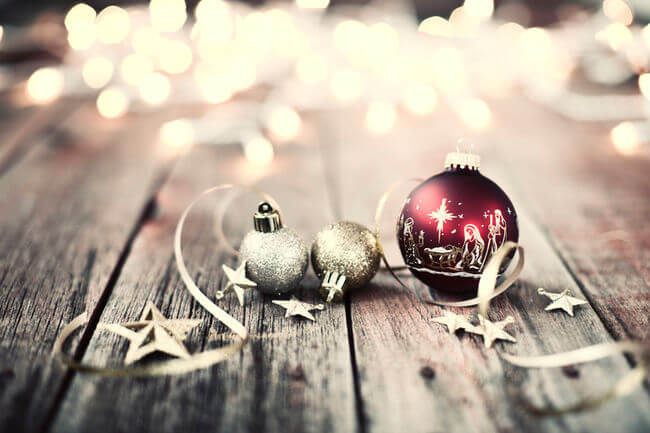 theQuestion: Which is more appropriate Merry Christmas or Happy Holidays?*

For overly sensitive congregants in the church of inclusivity here is your trigger warning—this column uses language intended to pay homage to Christmas, Santa Claus and the birth of Christ, while at the same time displaying indifference towards your contemptuous “War on Christmas.”

Wait. Allow me to walk that statement back. I could not be indifferent to your intolerance, for I find the movement to strip all religious meaning from the Christmas holiday—the celebration of Christ’s birth—to be calculated and heartless.

When I first started in television news in 1988 any suggestion that “Merry Christmas” would be inappropriate as a public greeting during the holiday season would have been preposterous. Canada was founded as a Christian nation and Christmas is a national holiday. One may counter by arguing that Canada is no longer a Christian nation. This argument defies reality — something opponents of Christmas are prone to do.

It’s true with increased immigration from non-Christian countries and an ever growing disregard for traditional religion among millennials there are fewer Christians today than 150-years ago. However, Canada is still overwhelmingly Christian.

According to the most recent data from Statistics Canada, there are 22 million Canadians identified Christians, out of a population of 32 million in 2011. That’s well-over two-thirds of the nation.

It’s incredible to witness the struggle—which is being lost—to maintain Christ in the holiday. Opponents charge “Merry Christmas” is exclusionary and belittles those not of the Christian faith, therefore, we must use “Happy Holidays” instead. The irony should not be lost that the effort is spearheaded by pious adherents of inclusivity and the demand is blatantly intolerant of the dominant religious faith of the country.

Note to social justice warriors, excluding two-thirds of the population from openly celebrating their faith is not inclusive. It is discriminatory.

It is also narcissistic for those Canadians of non-faith to demand the striping of Christ from the holiday. So too, for new immigrants of a different faith. I don’t belong to any faith, yet I have no problem wishing someone “Merry Christmas” or partaking in celebrations of the birth of Christ. I respect every religion, as long as that religion is tolerant of others. Which Christianity is.

The old maxim is true: When in Rome, do as the Romans do. Therefore, don’t go to Rome and expect you can tell them how to live.