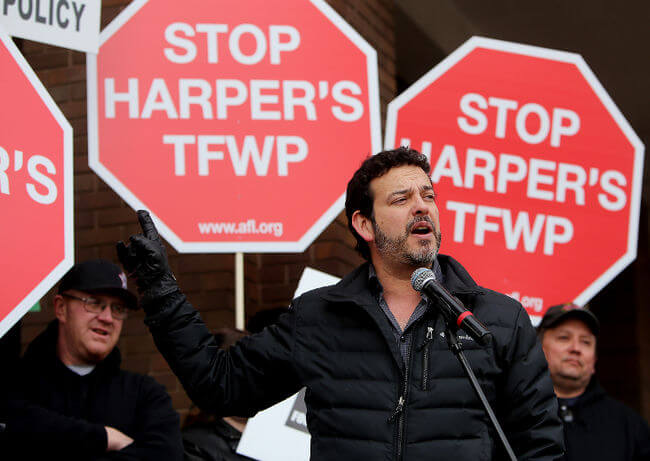 Calling for a suspension and scrapping of the entire Temporary Foreign Worker Program is irresponsible and foolhardy. Those who make this argument reveal a lack of understanding of how the Canadian economy works.

You could be forgiven if you believe the program is mired in abuse — taking jobs away from Canadians and giving them to foreign nationals who are exploited and work for less pay. The program is currently under trial by media, and critics’ voices are loud. While there have been some high-profile examples of abuses, the picture is more than incomplete for the most part.

Hiring foreign workers is not cheap. Employers must first broadly advertise job positions here at home and then show they made efforts to fill the jobs locally. Then there are the costs to apply for a TFW, recruiting fees and, in some cases, expenses to cover travel and accommodations. Employers must also pay the going market rate for the labour. Critics argue the program depresses wages. But in some cases, they are paid more than Canadians.

TFWs have a direct benefit on Canadian jobs because without the additional labour, businesses can’t function and grow, which means they can’t also hire Canadians.

I spoke with Mike Klassen, B.C. director of Canadian Federation of Independent Business, and he provided a great example. He was contacted by a business looking for a potable water diver, which is a specialized skill set for people who dive inside reservoirs for drinking water. The only qualified worker available was from New Zealand. Bringing this person into the country would allow the employer to assemble a crew and hire five Canadians to work with the TFW. This story is repeated countless times across the country. According to the CFIB, 47% of businesses surveyed identified the lack of high and low-skilled workers as a reason they cannot grow their businesses.

There are thousands of foreign workers in Canada. Suspending or scrapping the entire TFW program puts not only the businesses that employ them in jeopardy, but also Canada’s economy as a whole. Not to mention, the livelihood of the workers and that of their families back home. We simply can’t overreact and throw the baby out with the bath water.