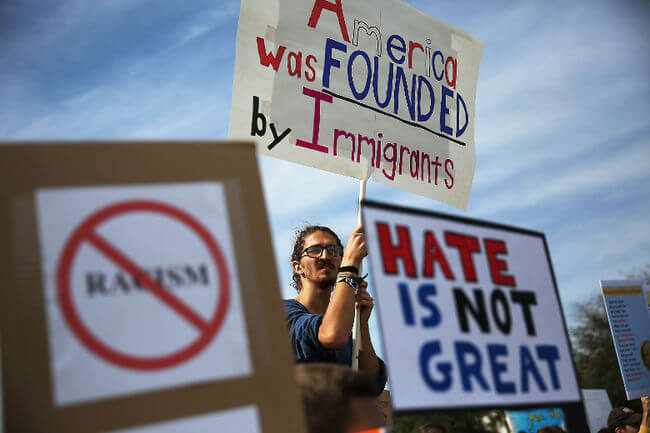 theQuestion: Is reverse racism a thing?*

Looked at from every angle, the left has an enormous problem with race. First, Leftists have committed many of the most heinous acts of racial violence in history and they refuse to own up to it.

Marxist-Leninists slaughtered people they deemed inferior in the tens of millions — many were people of colour. Adolph Hitler and his National Socialist Party committed the holocaust that annihilated 6-million Jews. Yes, “Socialist Party” means socialism it’s not there by mistake.

In the United States Progressive-democrats were responsible for the Jim Crow laws, segregation of the federal government and forced sterilizations under eugenics. The platform debate at the 1924 Democratic convention was so dominated by issues supported by the Ku Klux Klan that it came to be known as the “Klanbake”.

After civil rights laws passed in the 1960s the left could no longer play the same race game they had mastered and needed to draw a hand from a new deck; thus the invention of the “race card” in politics and “institutional racism” in academics.

Institutional racism is what Garth Mullins describes in his Duel column and the critique is nothing more than anti-white, anti-male, anti-individual Marxist theory. It most certainly engenders “reverse-racism” and “reverse-discrimination.” It’s plain to see, not to mention experience.

All affirmative action laws, gender, and race quota policies and the silencing of opposition speech are all acts of sanctioned reverse-racism, against those deemed by the left to be guilty of oppression. Garth argues “reverse-discrimination” is “by definition — impossible” because “discrimination is rooted in power.” He is just flat out wrong.

An obvious example is the “gender-pricing” or “justice pricing” deployed by a Victoria filmmaker to promote his new documentary. Tickets for the upcoming premier were priced at $20 for white males and $10 for everyone else. Yes, there was outrage. So much so, he dropped the price to $15 white males and $10 for everyone else. Where are the authorities: the cops, prosecutors, politicians and human rights advocates?

Lectures from the left on race should cause moral revulsion.