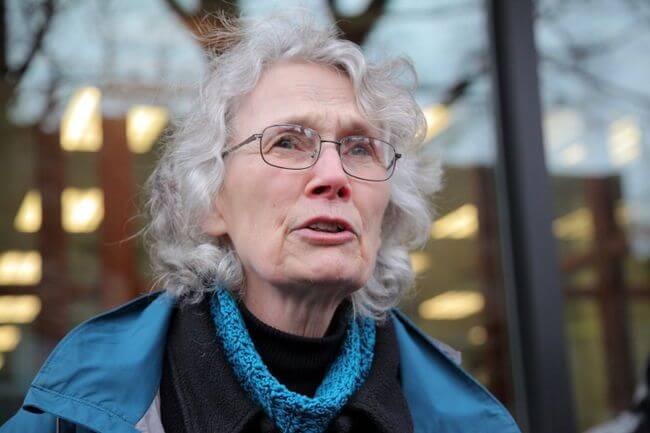 theQuestion: Should Vancouver have a Mansion Tax?*

Jean Swanson is an archetypal leftist.

In her bid to win the open council seat in the upcoming Vancouver byelection, the long-time anti-poverty advocate, social justice warrior and 2016 recipient of the Order of Canada is promising to pillage the wealthy to give to the poor.

Swanson’s website states: “We need to Tax the Rich if we want to end homelessness.”

Swanson’s plan is to seize $174 million each year from wealthy Vancouver homeowners via her proposed “Mansion Tax” applied to homes valued $5 million-plus. Swanson would spend the $174 million on building modular homes for the homeless. There are 2,138 homeless in Vancouver, therefore Swanson proposes to build exactly 2,138 modular homes “one for each homeless person.”

Swanson’s math is dubious. The plan states each modular home “costs only $75,000 so ending homelessness will cost $160 million,” equaling “less than one year of Mansion Tax revenues.” But it goes on to state that giving away free houses to the homeless “saves $23,000 a year,” so therefore “the units could pay for themselves in less than four years.”

If the wealthy pay for all of the modular homes in year one of the Mansion Tax, why would it take four years to pay off? And why is the tax not temporary? Part of the answer is Swanson also plans to build social housing for 18,000 Vancouveritescurrently spending over 50% of their income on rent. This will cost an additional $360 million per year. Her website states the “Mansion Tax alone will cover about half this cost.”

I ask Swanson to clarify her plan before the byelection. Is Mansion Tax revenue going to fund modular homes for the homeless, or to build subsidized social housing for hard-pressed renters? Which is it? And, is there a plan to roll back spending on social services related to the problems created by homelessness? If we end homelessness we should be able to drastically cut back on the hundreds of millions of dollars government currently spends each year on Vancouver’s Downtown Eastside. This would be real savings.

Also, how does this plan mitigate the inevitable social challenges stemming from concentrated low-income housing? Would this plan create ghettos? If not, then what is the process for dispersing these modular homes throughout Vancouver neighborhoods? Do current residents get a say? Or would they be demonized for voicing concern? This last question is rhetorical.

The Mansion Tax is doomed to failure.