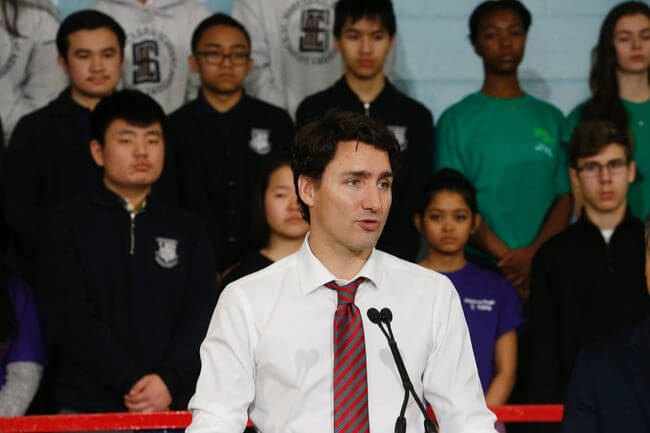 theQuestion: Should Trudeau get a pass for backing away from the Liberals’ balanced-budget promise?*

Before you do a double-take, let me assure you the printer has not made a mistake and swapped the bylines for this week’s Duel. Canadian voters should grant Justin Trudeau a pass for backing away from the Liberals’ balanced-budget promise.

Trudeau was the only party leader to present Canadians a credible budget plan in the last election. Stephen Harper and the Conservatives promised continued balanced budgets — incredibly, so did Thomas Mulcair and the NDP. Trudeau saw through the inanity of these promises and took the chance Canadians would buy a fiscal plan centered on deficit spending — to grow the economy through infrastructure investment and middle-class tax cuts. And why not? The Conservatives used deficit spending — delivering six consecutive budget deficits in a row — to bolster the Canadian economy following the 2008 recession.

Trudeau’s plan was to run deficits for the first three years of his term, then deliver a balanced budget in the fourth.

Fast-forward 100 — days and Trudeau announced that as a result of a weakening economy the pledge looks unlikely. Is Trudeau breaking a promise? I don’t believe so. The economy has grown steadily worse since that promise.

Petr argues that last summer the writing was on the wall for the global economy and ostensibly Trudeau should have known Canada’s economic fortunes would grow worse than predicted. Surprising, since I heard no similar critique of Mulcair and his plan to deliver a balanced budget after his first year in office. My Duel colleague insinuates that Trudeau is just another lying politician, guilty of “willful sleight of tongue.” This opprobrium would be well-placed if Mulcair had been elected, but it’s out of line when applied to Trudeau.

The prime minister is keeping his word, in so far as being upfront and honest with Canadians about the state of our economy. I give Trudeau credit for not taking the well-trodden path of blaming the former government — now that we have seen the books, things are much worse than we thought, therefore we can’t meet our election promises.

There is much I disagree with what the Liberals are doing. But in this case, I believe they should be afforded some wiggle room. Hopefully, they have now under-promised and will over-deliver.