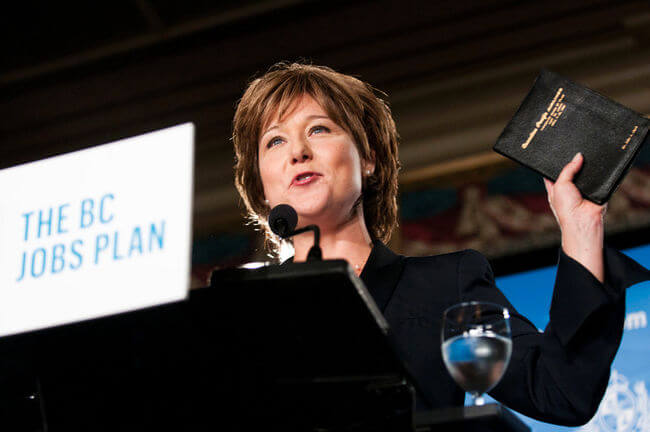 You would be hard-pressed to disagree with the assessment that there have been blatant abuses and exploitation as a result of Canada’s Temporary Foreign Worker Program. When you have low-paying, low-skilled jobs to fill, and a shortage of domestic labour to meet the demand, then you must import. Often, these workers are vulnerable to exploitation by companies looking to work around the domestic labour marketplace in order to boost the bottom line.

While there are instances of abuse, there are many examples of success. The TFWP in Canada serves a vital function — filling genuine and acute labour needs when Canadians are not available. Often, the most acute needs are for the construction of large industrial projects, such as the multibillion-dollar liquefied natural gas plants being planned for B.C. Many of these jobs require specialized skills — skills that are hard to find in Canada.

Last week, Premier Christy Clark executed a coordinated campaign to reassure companies looking to invest in B.C.’s LNG industry that there would be enough skilled workers to fill what the government estimates could be as many as 100,000 jobs needed to build and operate at least three LNG plants by 2020. The projected skills shortage is seen as one of the biggest barriers for companies to green-light projects. Another is wage inflation, a problem encountered in Australia when their LNG industry faced a shortage of skilled workers.

The premier began the week in Ottawa, accompanied by a large contingent of her cabinet and leaders from First Nations and business. There she signed an accord securing federal help to recruit skilled foreign workers and to streamline the TWF approval process. The premier ended the week with the release of a provincial road map designed to attract and train the tens of thousands of skilled workers needed to make LNG a reality. Flanked by B.C. labour leaders and First Nations, it was an impressive end to a week designed to further solidify the prospects of LNG in the province.

The premier has made a commitment that LNG jobs will go to British Columbians first and Canadians second. Only when domestic workers are tapped out will foreign workers be hired. Considering that we couldn’t fill all the job vacancies even if we trained all the students coming out of high school today, we should prepare to welcome the temporary foreign workers needed to realize the huge economic opportunity of LNG.