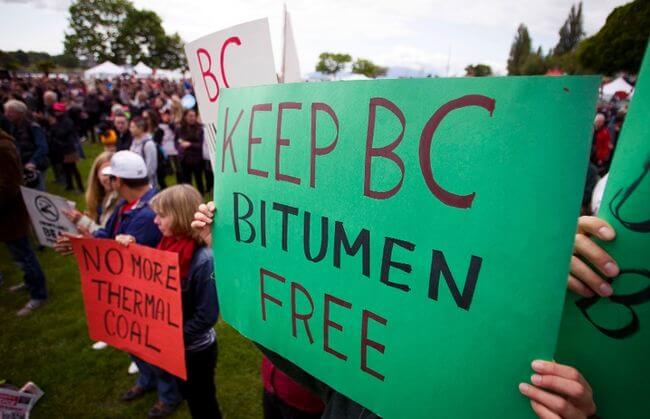 If you think eco-terrorism can’t happen here, think again. B.C. has a long history of environmental extremism and RCMP say extremists pose a “clear and present criminal threat” to Canada’s energy sector. According to a 2011 report released this week under access to information, RCMP say there is a “growing radicalized environmental faction” that opposes oil sands and pipeline projects.

The reality is, according to the report, attacks on Canadian soil are more likely to be undertaken by environmentalists than by international jihadists. Ideological extremists pose a real threat of eco-terrorism.

Eco-terrorists use sabotage and guerrilla warfare in a misguided attempt to disrupt what they believe is the exploitation and destruction of the natural environment. They strike critical infrastructure, residential and recreational developments, and businesses they believe exemplify the overindulgent consumer lifestyle. Deploying tactics from how-to books like Recipes for Disaster: An Anarchist Cookbook, they firebomb construction equipment, ski resorts and car lots. They spike trees with six-inch nails to stop logging — with a complete disregard for the safety of forest workers. They pour sugar in gas tanks, disabling equipment and, in a case just this month in Vancouver and Burnaby, pipeline opponents sabotaged the fuel pumps at three Chevron gas stations.

How do we stop these extremists? Well, the Canadian Security and Intelligence Service monitors individuals and organizations that might be involved with domestic terrorism. I entirely support this effort.

I disagree with those who believe surveillance of environmental activists is without cause. Canadian activists who may turn into eco-terrorists do look like “regular everyday citizens.” Radicalized grannies could very well pose a threat — certainly warranting suspicion when witnessed taking pictures of an oil storage tank facility.

What about Rebecca Rubin? She certainly looks like a regular person — yet the Canadian woman from North Vancouver was at the heart of what authorities called “the largest eco-terrorism case in United States history.”

It’s ridiculous to demand law enforcement first substantiate a threat as “credible” before conducting surveillance. How are they supposed to do that? Just guess?

Legal surveillance of environmental activists who may pose a threat is justified — even if some grannies get asked a few unwelcome questions. It’s either that or law enforcement will have to resort to profiling — stopping every long-haired, Birkenstock-wearing, pot-smoking hippie to ask if they know anything about a plot to blow up a pipeline.