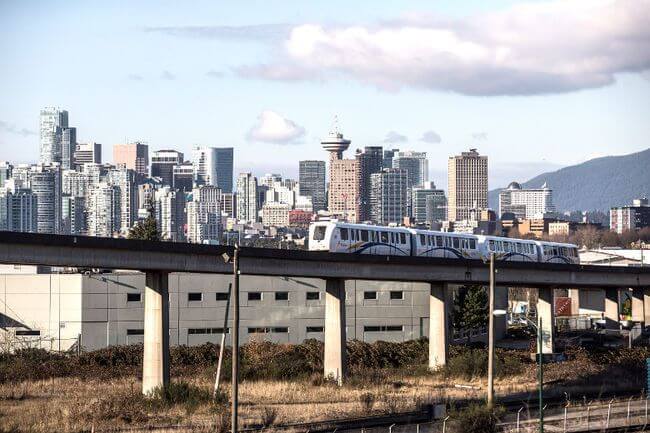 theQuestion: Is a 0.5% increase in the provincial sales tax a good way to fund transit improvements in Metro Vancouver?*

Yes, a 0.5% increase in the provincial sales tax — within the Metro Vancouver region — is the best way to fund TransLink’s 10-year, $7.5-billion transit improvement plan. Some may argue it’s the least-worst option picked from a handful of undesirables, which include mobility pricing, a vehicle levy, land value capture or raising the carbon tax — these four being very undesirable.

No, the small increase in the PST for those living, visiting and doing business in Metro Vancouver is the most desirable because it delivers stable, broad-based funding that is fair to all.

If Metro Vancouver has any hope of absorbing the 1.2 million new residents estimated to move into the region over the next 25 years — without clogging our roads, creating agonizing congestion and paralyzing the movement of goods through our region — then we must implement a fully-funded comprehensive regional transit strategy. By all accounts, TransLink’s plan, backed by the Mayor’s Council, is a good one.

In order to deal with the potential three million more automobile trips per day in the region, investments will be made in a light rail line for Surrey and Langley, a new subway line along Broadway in Vancouver, a replacement for the Pattullo Bridge and improved bus and SeaBus services across the region.

These investments are critically needed and will benefit all residents, the environment and the economy. This is why a broad coalition of groups — including those who traditionally oppose tax increases — is joining forces to support the Yes campaign.

There are those who argue — such as Laila has this week — that transit funding should be doled out by the provincial government and paid for by an increase in personal and corporate taxes. This is a terrible idea. These dollars will go into general provincial coffers and there is no certainty they will be dedicated to Metro Vancouver transit.

This is why the referendum is a good idea — those who are impacted most get the opportunity to decide if and how they want to pay for it. If the referendum succeeds then the region will control the funds, not the province. Most importantly, the funding will not have to compete with the long list of other challenges our province faces. It would be foolhardy to pit transit funding against the funding of hospitals and schools.

The PST increase is fair. Everyone pays and everyone wins, whether you drive, ride transit, walk or bike. I’m voting yes.