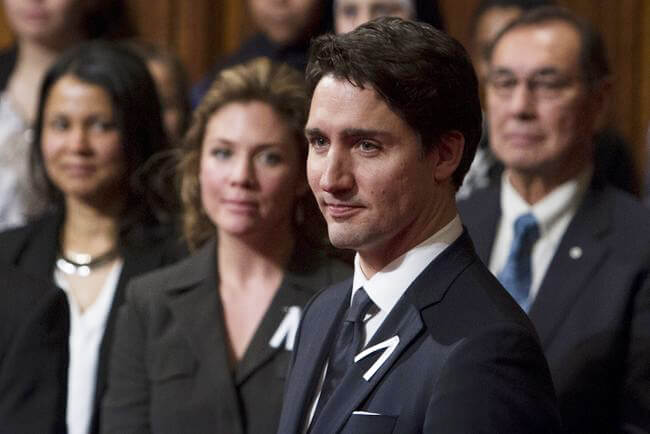 theQuestion: Is Canada on the verge of disrespecting the Queen?*

Canada’s historic allegiance to the British monarchy has Petr so twisted up this week he is passing off anti-monarchist propaganda as fact. While it is true the Crown owns 89% of Canada’s land, it is the federal, provincial and territorial governments that are the landowners.

In Canada, Crown land refers to public land and there are no hefty sums of money being sent to the royals to fund “opulent lifestyles.”

Most Canadians go about their daily lives giving little thought to the issue of the monarchy. There are individuals like Toronto resident Dror Bar-Natan, who recanted the mandatory oath of allegiance to the Queen, just moments after becoming a Canadian citizen. His actions are not upsetting — they are repulsive. But I do not believe Canadians are disrespecting the monarchy.

However, I do believe the newly installed federal Liberal government is marching the country in that direction and under Justin Trudeau’s leadership Canada is on the verge, if not already, of disrespecting the Queen.

All the boxes had yet to be unpacked before Trudeau began what is surely a pre-planned operation to excise the Queen from official government buildings. Just five days after being sworn in, Trudeau had the Queen’s photograph taken down from the lobby of the Lester B. Pearson Building in Ottawa.

The haste in which this was done betrays any notion it was an apolitical move. To the contrary, it is a clear partisan swipe at the former Conservative government, which desired to reconnect the country to its proud and historic relationship with the British monarchy. It was also a move in lockstep with a long-held federal Liberal penchant to marginalize British aspects in Canadian history.

The timing was inglorious — coming just days before Trudeau travelled to Britain for an audience with the Queen. While there, Justin had to field questions from the BBC denying the move was an insult to the Queen. How embarrassing for the country. It was tacky and childish. Trudeau could have waited until after his first visit with the Queen before taken down her portrait at Global Affairs Canada. Keep watch, it’s certain to be repeated at Canada’s foreign embassies, High Commissions and consulates around the world.

I am proud of our British heritage. While some demonize, I praise.