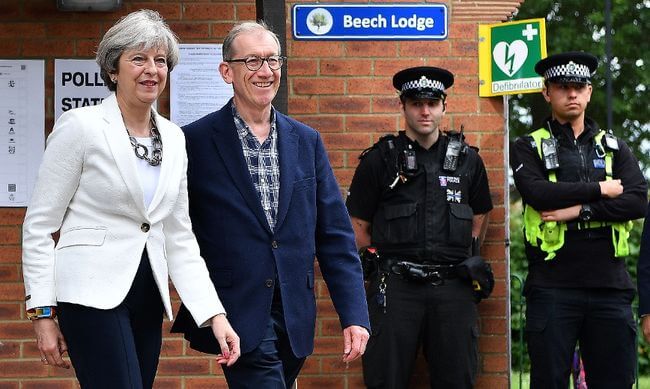 In war and politics, the greatest threat always comes from within. Treachery, treason and insurgency are the customary tactics of the ignoble. But victory’s most pernicious threat comes from deliberate action instigated by a leader — an unforced error.

In his column, Garth draws an incorrect parallel between B.C. Premier Christy Clark and British Prime Minister Theresa May. Unlike the recent B.C. provincial election, which Clark was mandated to call, May was under no obligation to trigger the snap general election that destroyed the Tory majority in Parliament. Thus, putting Brexit and more, at risk.

With three years left in the term, May’s decision to call the election was breathlessly stupid. It could go down as one of the worst unforced errors in history.

May has much to apologize for, not only to her people, but also to those citizens of western nations fighting to hold socialists at the gate. As Garth says, the people “no longer fear socialism.”

May should apologize for not sizing up the enemy. It was, is, and continues to be a post-Brexit, post-Trump electorate. There is no better way to phrase it. The Left is organized and pissed off.

Less than a year after the Brexit vote, May gave “remainers” — the losers, the Left a do-over. It was a gift to the enemy.

Did May simply conclude the “Resistance” movement was merely sloganeering? It appears she wilfully ignored the innumerable protests and calls for defiance emanating from the streets, academia and mainstream media. Cleary, she misread the battlefield.

Yes, it is a war. Surely, the Left frames it this way. For the Left it is an existential battle. Why do conservatives refuse to recognize the same? Perhaps May did.

Just days before the election, in the wake of two horrifying terrorist attacks by radical Islamists, May implored British citizens to break the shackles of extremism. That is, extreme tolerance.

With regard to the Islamic terror threat, May said, “there is — to be frank — far too much tolerance of extremism in our country…we need to become far more robust in identifying it and stamping it out — across the public sector and across society.”

This is an astonishing indictment of the Left, which enforces tolerance to the extreme.

While courageous, May’s realization is tragic. If only her eyes were opened sooner to the enemy within, she would have never risked Britain’s security and future on a whim.