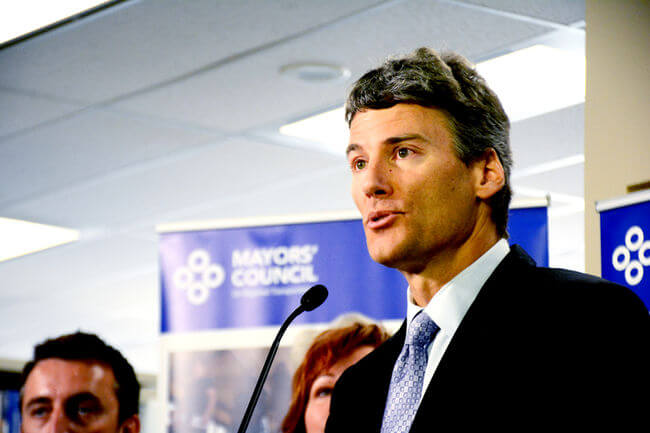 theQuestion: Is Vancouver City Council’s unanimous vote to become a living wage employer a slap in the face to taxpayers?*

Where to begin? First, cleanse my discourse of any patronizing tone of the 1%. Wait, I don’t belong to the economic elite. And neither do the small business owners in Vancouver who may be affected by the new living wage ordinance.

This fact hardly matters to left-wing ideologues arguing Canada is filled with heartless capitalists. Or, as my Duel colleague puts it, “free market fundamentalists” who see labour as nothing more than raw “industrial inputs.” Ludicrous. Canada is not some horrific squalor with wicked employers from a Dickens novel.

Perhaps Petr and those on council are taking marching orders from the Pope. You would be forgiven to think otherwise. After all, just today Pope Francis denounced capitalism and described the pursuit of money as “the dung of the devil.” I find this rhetoric irresponsible as every other alternative to capitalism has proven to be, at best, oppressive and, at worst, murderous to millions.

I think Canada is doing pretty good. Granted, income inequality is real. But the solution isn’t to be found in arbitrarily increasing the wage floor for city workers and contractors. The city should be focusing its efforts on making it easier for small businesses to set up, hire workers and thrive. Not instituting a wage floor as calculated by the Canadian Centre for Policy Alternatives.

It’s a slap in the face for the city to use a non-governmental left-wing organization’s calculations to set expenditures for taxpayers dollars. The CPPA is clearly left wing and using its wage guidelines is just as outrageous as would be using the right-wing Fraser Institute’s.

What Mayor Gregor Robertson and council have done is set a costly precedent. Petr argues the $20.68 per hour living wage is necessary for “civilized” society and it should be “repeated province-wide.” Which is precisely the problem. The end game of the living wage movement is to raise the legal minimum wage to the same.

I’d like to remind everyone of the costs. As I successfully argued in the Duel this past spring, we can’t afford this raise. If B.C. were to hike the minimum wage to just $15 per hour the cost to the economy could be close to $750 million per year. If we tacked on another $5 per hour to meet the living wage, costs explode to $1.5 billion per year. Now that’s a slap in the face.