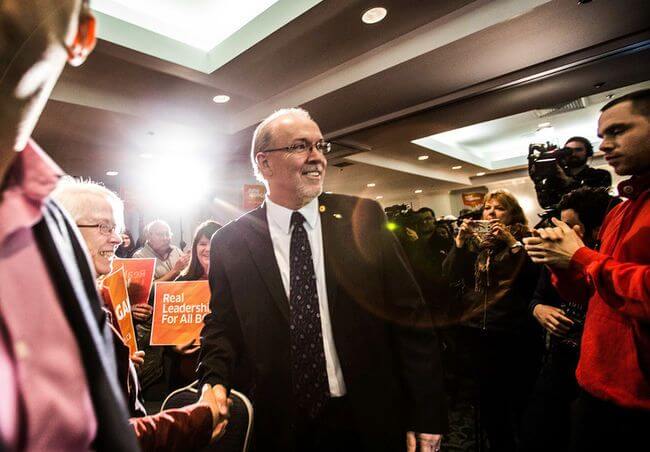 theQuestion: Is the recent furor over political donations much ado about nothing?*

Winners govern and losers complain. Perhaps it’s a law of nature. It is most certainly a law of oppositional government. The BC NDP have not won an election in 20-years and have sat on the losing side for so long its complaints have become stale and worn.

Take last week’s rerun of the New Democrats’ effort to save our political system from the scourge of corporate money influencing politics. BC NDP leader John Horgan introduced a private member’s bill, the Campaign Finance Reform Act, which bans big money donations to political parties. Horgan knew the bill would be quashed and that his own party has no intention of following the reforms.

It was a delight to see how difficult it was for the reporters covering the story to not describe Horgan as a hypocrite — they came close mind you. The day before Horgan introduced the bill he was the special guest at a fundraising breakfast in Vancouver at $2,000-a-head. When pressed by the media he fessed up, admitting the BC NDP would continue to take big money donations for as long as the rules stay the same. Meaning until the BC Liberals decide to refuse corporate donations, which is staggeringly unlikely to happen. He also said that if offered $50,000 from a large donor he would take it in order to offset the party’s badgering of “little old ladies” for small donations and to help run an “effective campaign.”

Horgan has it right in that big money donations are essential to running an effective campaign in B.C. Campaigns cost millions. It does not matter if the money comes from a corporation, union or an environmental group. Someone has to pay and as long as it’s not the taxpayer, it’s much ado about nothing.

It is naive to think money and the influence that goes with it can be removed from politics. Sure, under the spell of the “Feel the Bern” movement, one might think corporate money is the root of all evil. But, ask someone on the right about union donations to the BC NDP and you would get a similar response. You expect business to support a pro-business party. In turn, it’s perfectly acceptable for labour unions to support a labour party or an environmental group to support a green party.

The answer is not to ban free speech rights of unions, corporations and environmental groups. The answer is to stop complaining and grow up.