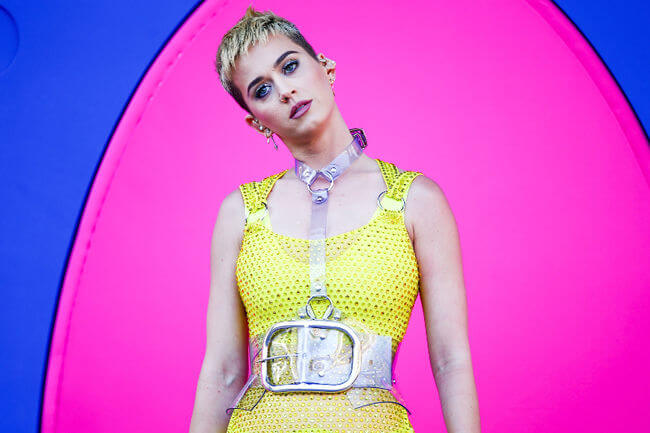 I am thankful for the ocean separating North America from the wasteland that is Europe. It’s a physical barrier or wall, if you prefer, that effectively keeps Europe’s problems from washing ashore here at home. Whether that be a flood of Muslim refugees with no appreciation for western values or Islamic State fighters determined to kill innocents in a barbaric battle to restore the Caliphate.

But sadly, no ocean is capable of preventing a poisonous ideology, hellbent on destroying the West, from infecting the weak-minded here at home.

Weak-minded perfectly describes mega-pop star Katy Perry. In the aftermath of the vicious terror attack in Manchester that targeted and killed girls attending an Ariana Grande concert, Perry, in a radio interview, slovenly called for everyone to “unite, and love on each other… no barriers, no borders, we all need to just coexist.” The stupidity of this statement is hard to fathom.

Katy Perry and her ilk, which includes the near entirety of the mainstream progressive-left, are what Communist leader Vladimir Lenin would call “useful idiots.” They are confused and misguided sympathizers propagandizing for a cause whose goals of which they are not fully aware.

Free cab rides, tea and sandwiches, virtue signalling on social media and candlelight vigils are all the actions of useful idiots. So too are actions that silence those calling for heightened vigilance against radical Islam and question if it is truly a religion of peace. Cries of Islamophobia from Western politicians, academics, activists and the media emanate from the class of useful idiots.

I agree with Garth that following the Manchester attack its misplaced outrage for conservatives to criticize the salacious aspects of Ariana Grande’s pop-star persona. These conservatives are also serving as useful idiots since their outrage should be directed elsewhere, but not at ISIS.

It has been nearly one year since a radical Islamist burst into a nightclub in Orlando, Fla., and massacred 49 gay men. In response, the left revealed its true colours and allegiances. It abandoned its traditional hierarchy of victims and made clear it places Muslim grievances above the safety of all others — including gays and eight-year-old little girls. Why?

The poisonous ideology seeking to destroy Western civilization that, which is its greatest threat, is not inspired by Islam, it is inspired by Marxism. Ironically, it appears radical Islamic fighters from ISIS to al-Qaida are also useful idiots for the progressive-left.