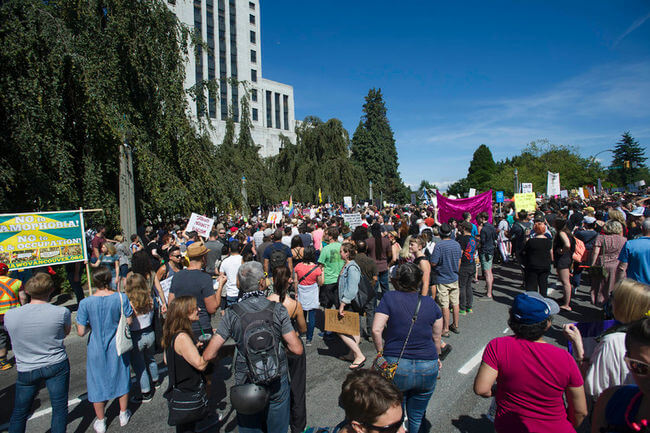 Long before small-minded, cowardly progressives began hurling the modern invectives of racist, sexist, homophobic, Islamaphobic etc. at anyone that dares disagree, there existed only one. The granddaddy of all left-wing political slurs: reactionary.

It seems bizarre today to think branding a person’s political views as ‘reactionary’ would have any bite, but since the French Revolution the left has mercilessly bludgeoned the right with the label — conservatives acutely feel the sting.

To be reactionary means opposing the left’s maniacal belief that man could and should perfect fellow man. That this perfection is progress and progress is an inevitable march to the perfect egalitarian society. If one resists these beliefs and the particulars of how they are implemented then that person is branded a reactionary.

This is a spurious characterization predicated on the assumption that the left’s understanding of the past, its plans in the present and its vision for the future are unerring. Meaning right and true. For over two hundred years the left has successfully framed the entire political debate around this false assumption, which still operates today.

Every one of the modern day invectives I mentioned above are subsets of the reactionary motif. Believing marriage should be between a man and a woman is reactionary. So too is the belief that ‘all lives matter’ or gender should be determined by biology not pathology. If you believe in God, country and the sanctity of national borders you are most certainly in the eyes of the left a reactionary.

Conservatives can no longer afford to allow the left to brandish the yardstick by which political views are measured. Conservatism is not reactionary, leftism is.

It’s no coincidence the proof is found littered throughout the very history progressives are so eager to rewrite or destroy. From Jean-Jacques Rousseau to Karl Marx and Vladimir Lenin to Bernie Sanders the struggle is always for revolution. But revolution is in opposition to something. So what is the left trying to overcome? In the case of leftism it is a reaction to classical liberalism, which today falls into the category of conservative.

Whether you side with the left or the right on the issues, it’s willfully ignorant to believe that traditional conservative values and principles are a reaction to progressive-left thinking. It is the other way around.

Like so often is the case the left has skillfully manipulated political discourse to frame opponents with the very traits the left embodies itself.