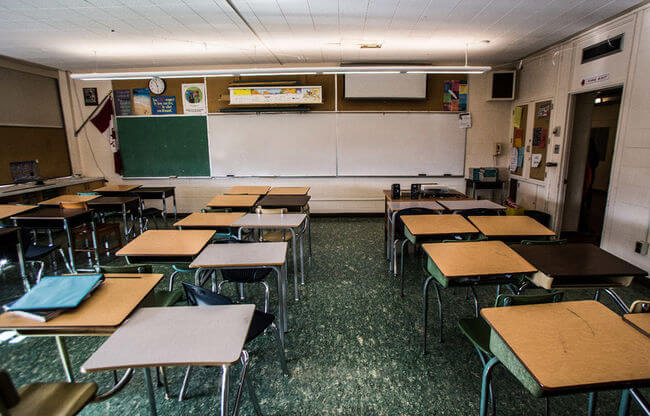 theQuestion: Should Premier Christy Clark fire the Vancouver School Board?*

Petr’s defence of the Vancouver School Board’s failure to follow the law and pass a balanced budget is a diatribe against private schooling in this province.

No surprise, since he’s an employee of the VSB. When a family chooses to send a child to an independent school over a public school the VSB loses a 100% publicly funded per-student operating grant and teachers like Petr lose a sliver of job security.

Is this a problem in the context of the Duel? No. This is an opinion column and the most valuable arguments are those informed by insights gained through direct experience and sometimes vested interest in the topics we debate.

For decades, teachers and their union in consort with radical left-leaning school boards, have blamed B.C.’s independent school system for the shortfalls in the public system’s budget. It’s a fallacy. Provincial government, meaning the taxpayer, only partially funds independent schooling. Only two groups of students receive public funding. One group receives 50% of their local school district’s per-student operating grant and the subsidy falls to 35% for the other — parents pick up the rest.

Petr argues that Premier Christy Clark has convinced parents of private schooled children to “pay for something that used to be free.” What? Public education is not free. Taxpayers pay. Radical school board’s and teachers alike think public education is free and there should be a never-ending flow of taxpayer money to fund all they deem essential.

This type of thinking unmasks the left in this province and demonstrates why a law forcing B.C. school board’s to balance budgets is needed. Without this law, budgets would explode — certainly under the education is free mantra. Year after year the VSB, teachers and activist parents wail over proposed cuts to balance the budget. Yet, year after year the VSB closes its books with surpluses. Each year the board finds the money it needs to pay for anti-racism workers, transgender mentors and athletic co-ordinators.

What’s different this year? The looming provincial election is the difference. The only wolves in this story are those on the VSB that voted down a balanced budget. The premier should fire the lot.