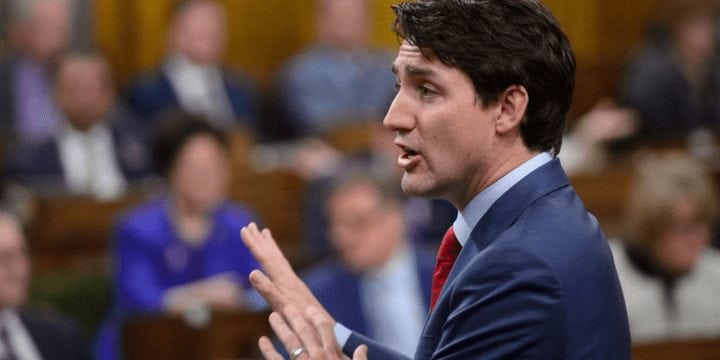 It should come as no surprise the prime minister of this great nation is willing to scuttle a renegotiated NAFTA agreement over petty progressive politics and a burning hatred of Donald Trump.

Because Justin Trudeau believes Canada is no longer a ‘nation’ as the concept has been understood for centuries.

Indeed, Justin famously told the New York Times Magazine in late 2015: ‘‘There is no core identity, no mainstream in Canada,’’ and shared values such as “openness, respect, compassion” and the “search for equality and justice…are what make us the first post-national state.’’

It’s fitting that our #MeToo prime minister is the self-acclaimed world leader in post-nationalism. The progressive-values of diversity, inclusivity and social justice he incessantly promotes are by nature, toxic to traditional values of nationhood: shared language, identity, and beliefs; strong borders and capacity to protect them; and, equal treatment under the law.

The prime minister is cut from different cloth. He is a postmodernist and post-nationalism is a synthesis of post-truth, post-science, and post-justice—extruded bile from a postmodern world.

Despite what you may think of Trump, he and those around him do have the intellectual capacity to see right through the petulant, self-righteous virtue signaling emanating from North of the 49thparallel. Trump, as we know, is a nationalist in the proper sense of the term. And, the North American Free Trade Agreement is a deal between two nations. Trump understands his duty to his nation: Does Trudeau? Alas, he does not.

Trudeau is incapable of seeing beyond leftist rhetoric which has poisoned every discussion concerning the role nationalism plays in constructing stable societies. In his just-released book titled “The Virtue of Nationalism,” author Yoram Hazony destroys the leftist narrative that nation states are less cohesive, less stable and more oppressive than the alternative. Which he adroitly identifies as the imperialist state. The quest for empire, Hazony argues, was the sine qua non behind Nazis aggression and atrocity, not nationalism.

One must dig through the muck of re-written leftist history to find that the ordering of society based on family, tribe, clan, and nation provides the best security, foundation for law, execution of justice and the preservation of cultural inheritance. Trump promotes these principles of nationhood, while Trudeau rejects them as racist or worse.

It’s a sad irony that after Trudeau steadily moved the goal posts in the NAFTA renegotiations, he has decided to stake Canada’s future on preserving the cultural exemption in the agreement. Mr. Trudeau, I thought Canada had no culture, no identity? I think our prime minister has lost the plot.