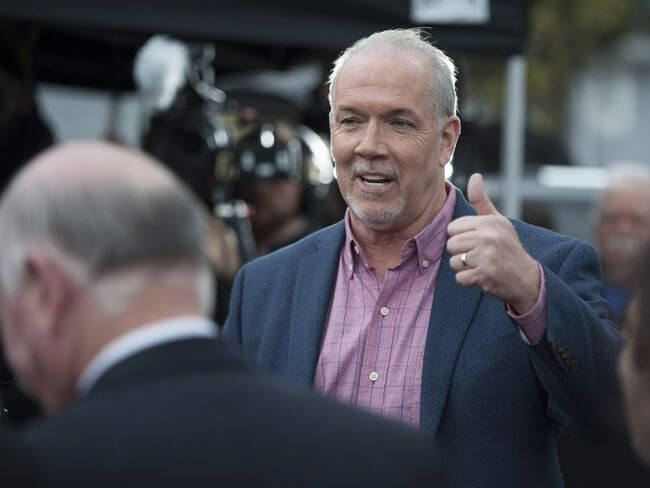 theQuestion: Should the NDP soften its tone to win over B.C. voters?*

Socialist leaders in British Columbia come in two stripes — the meek and the sneering. During last week’s leaders’ debate, John Horgan proved he is the latter.

The B.C. NDP leader delivered a petulant performance as he tried to score political points against Premier Christy Clark.

Horgan’s performance reveals a brutish character by which the NDP might govern. I use the term “character” loosely as socialists regard character much like they regard truth — it’s relative.

The manner in which Horgan contemptuously described the wealthy in British Columbia as “these people” betrays typical NDP rhetoric and reinforces the notion that the NDP is deeply antagonistic to those who create wealth and jobs in this province. All governments tax but a socialist government taxes more. While doing so, it appears, the NDP would seek to shame, degrade, admonish and strangle those individuals and companies with the initiative, drive and perseverance to create wealth in this province.

Socialism does not create wealth, it never has. It only spends wealth. This has been proven time and again. Witness modern-day Sweden and Venezuela. As Margaret Thatcher so famously said, “the problem with socialism is that you eventually run out of other people’s money.”

In his Duel column, Garth pains to point out that the B.C. Liberals are “actually quite conservative,” as if a revelation or an insult. Of course, conservatives are in the B.C. Liberal Party. It’s a coalition between the centre and right-leaning voters, which has held the socialists at bay for 20 of the last 23 provincial elections.

Often I am asked what’s the definition of a conservative? Some on the right find this a challenging question. I don’t. It’s simple. Conservatives have a realistic view of mankind. Meaning, man is born with instincts and human nature is not at its essence “good.” The left rejects this thinking and believes people are born “good” and it’s possible to level all inequities through social engineering. Thus, delivering what the NDP promises would be a “Better B.C.” It’s not a realistic approach to seeing the world.

If Mr. Horgan wishes to win this election he will have to soften his tone — advice I suspect he’s already received albeit after much internal campaign debate. It must be a difficult strategic choice, as the base is angry and would not countenance a repeat of the meek performance delivered by Adrian Dix.

What should Mr. Horgan do? I say don’t change a thing.