A documentary exploring the impact of video games on youth culture produced at SFU tells a compelling story of how child play is changing.

Insert Coin: The Culture of Video Game Play examines the video game industry, from its history to how games are made and marketed, and its effects on young players, featuring ongoing research at SFU on video game violence, addiction and isolation. 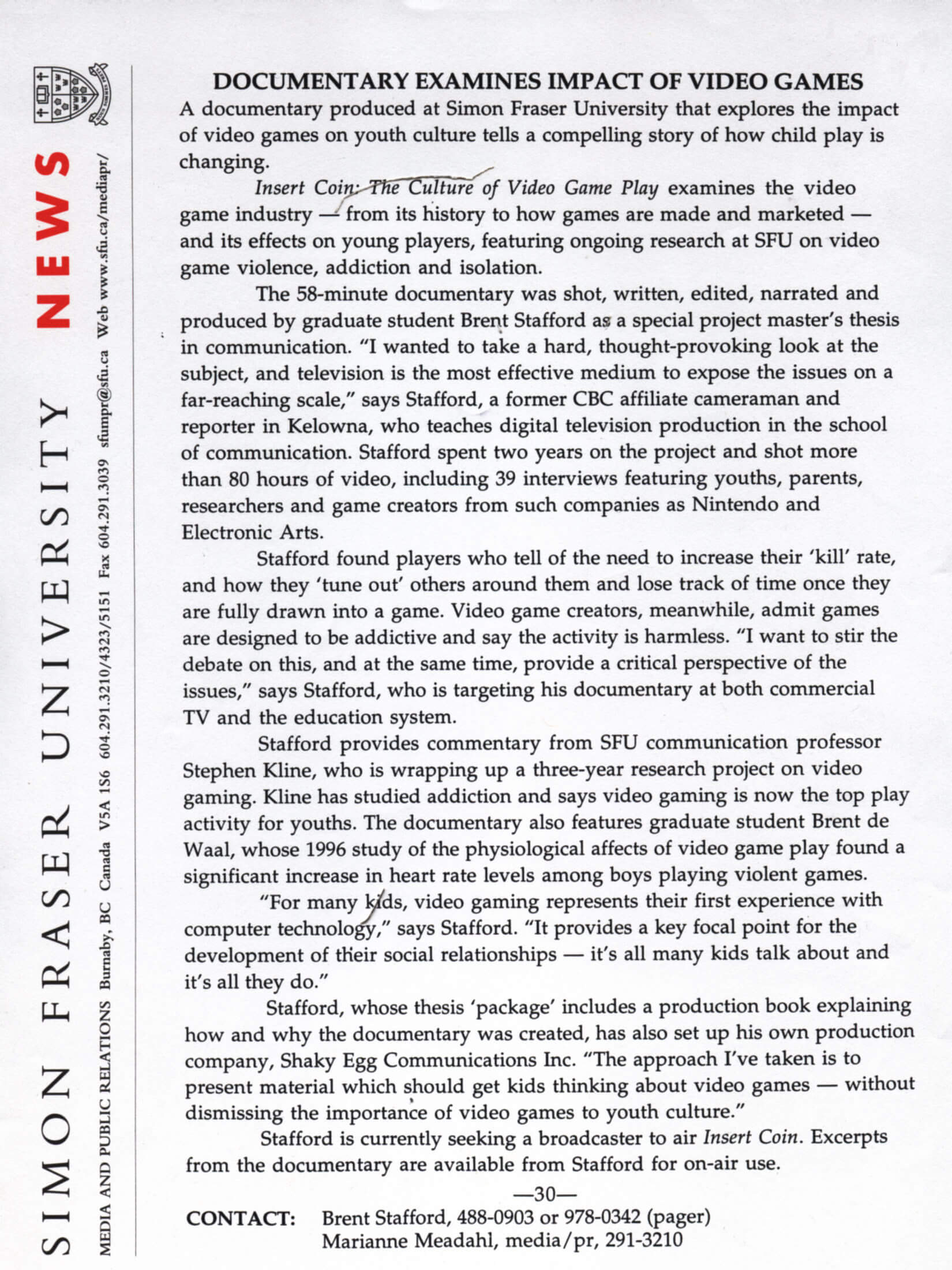 “I wanted to take a hard, thought-provoking look at the subject, and television is the most effective medium to expose the issues on a far-reaching scale,” says Stafford, a former CBC affiliate cameraman and reporter in Kelowna, who teaches digital television production in the school of communication.

Stafford spent two years on the project and shot more than 80 hours of video, including 39 interviews featuring youths, parents, researchers and game creators from such companies as Nintendo and Electronic Arts.

Stafford found young players who tell of the need to increase their kill rate, and how they tune out others around them and lose track of time once they are fully drawn into a game. Video game creators, meanwhile, admit games are designed to be addictive and say the activity is harmless.

“I want to stir the debate on this, and at the same time, provide a critical perspective of the issues,” says Stafford, who is targeting his documentary at both commercial TV and the education system.

“For many kids, video gaming represents their first experience with computer technology,” says Stafford. “It provides a key focal point for the development of their social relationships. It’s all many kids talk about and it’s all they do.”

The project, originally dubbed an experiment, and one of the first undertaken in the school of communication’s new media analysis lab, was initially intended to be a short documentary for the Canadian Association of Media Educators.

“It quickly evolved into my graduate work,” says Stafford, whose thesis package includes a production book explaining how and why the documentary was created. Stafford has since set up his own production company, Shaky Egg Communications Inc.

“The approach I’ve taken is to present material which should get kids thinking about video games, without dismissing the importance of video games to youth culture.” 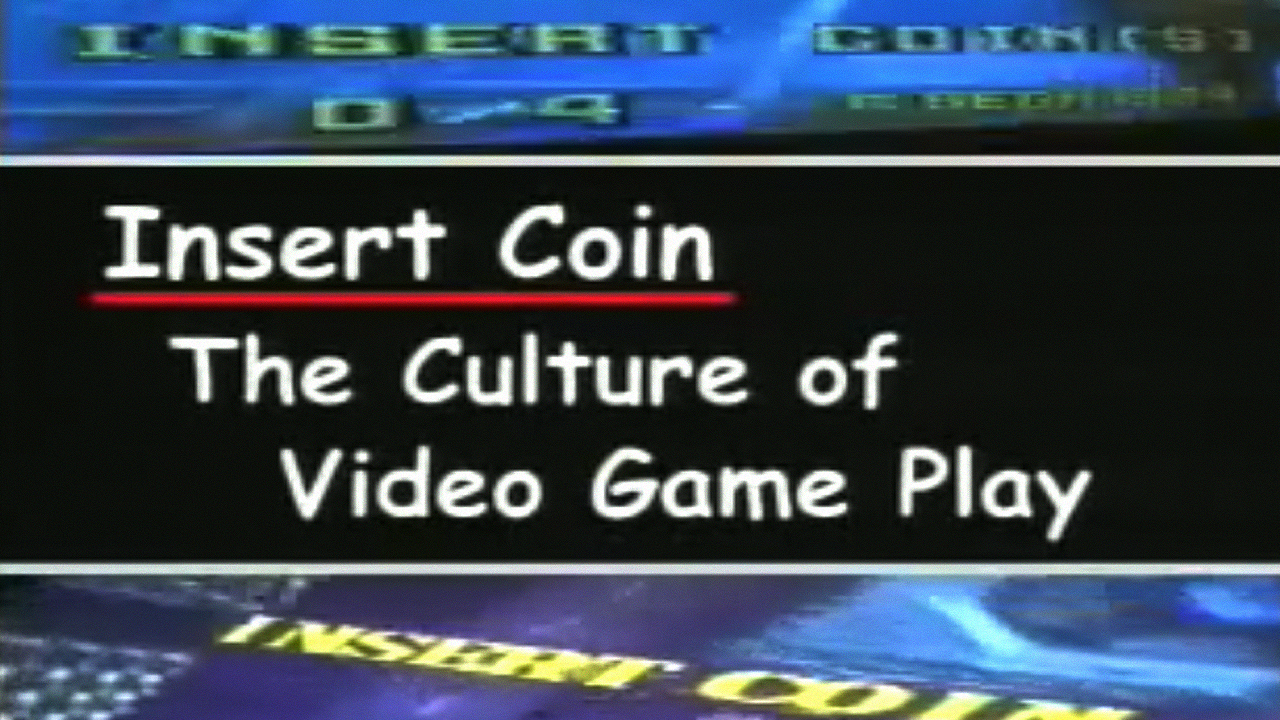