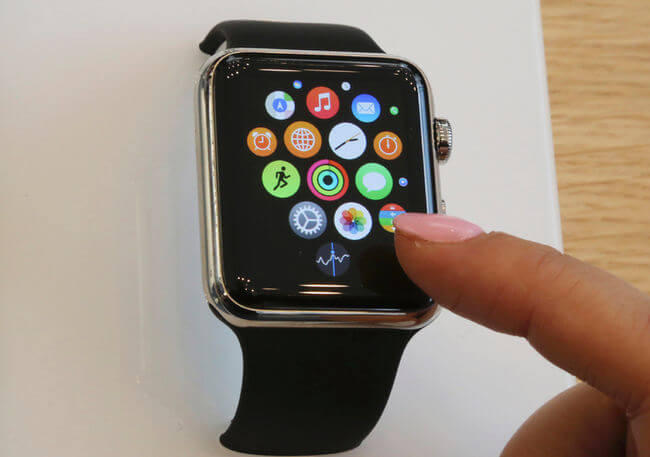 theQuestion: Is the shine coming off Apple?*

Don’t you just love it? That glittering new Apple device you unwrapped over the holiday? Did you lovingly caress it, dreaming of all the wonderful ways it’s about to enhance your life? You are not alone.

Apple had another gangbuster holiday season and when the final numbers come out, it’s likely the tech giant will hit its $77.5 billion forecast for the quarter ending in December 2015 — topping last year’s record.

A dominant portion of those sales go to the iPhone, which adds up to 66% of Apple’s total $233.7 billion in sales for fiscal 2015 — not including holiday sales. iPhone sales are massive, representing more than Microsoft Corp. and Facebook’s quarterly sales combined. Incredibly, Apple expects to ship its one billionth iPhone in 2016.

I am an Apple man. My first computer was an Apple II Plus in 1982. In high school, my first job was selling Apple computers and my first foray into television was hosting and producing Let’s Talk Computers — a live three-camera show on local cable. Apple changed my world then and is doing the same now for millions.

Today, it takes a manufacturing army to satisfy the demand for Apple products. The company via its subcontractors employs one million people in China and it is under fire to increase wages and improve working conditions or to bring those jobs back home. In a recent 60 Minutes interview, CEO Tim cook denied that cheap labour was the driver behind Apple’s Chinese workforce and said it was a result of a lack of skilled labour in the U.S. Plausible. But highly unlikely.

Legendary founder Steve Job’s fanatical quest for exquisite product quality and complete control over the user experience have made Apple products some of the most technologically difficult and costly devices to produce. It makes sense they are produced in China. Economies of scale could not be matched in North America at a price that most consumers would be willing to pay.

In the last 15 years, Apple technology has dramatically changed how the world creates, collaborates and communicates. It single-handedly democratized print publishing, film and television production and upended the music business with iTunes. All this innovation does come at a cost and while the fruit might be a little bruised, the shine is not coming off Apple.