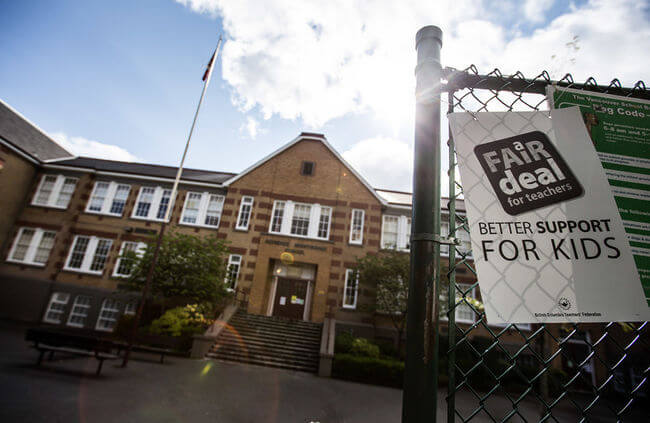 Who controls the education system in British Columbia — teachers or the provincial government? For decades, the two parties have battled over this essential question, creating considerable acrimony and ill will in the process. The relationship between teachers and government has grown steadily worse. And there is no love lost between certain school boards and the province either.

Last week, the BC Liberals introduced legislation designed to restructure the power dynamic in B.C.’s education system. Key changes would wrest control of professional standards away from the teachers’ union and further increase ministerial power over school boards. These changes are not happening in a vacuum.

No peace was achieved following the end of last year’s ill-thought-out teachers’ strike. BC Teachers’ Federation president Jim Iker led his union off a cliff and teachers were forced to back down, vote in favour of a contract they despised, and return to work without realizing any of their key demands.

The strike proved the public has no appetite or support for sustained disruptions to the education system. The strike weakened the BCTF and the BC Liberals are taking advantage.

The union may regain the upper hand if it prevails in its ongoing Supreme Court battle with the province over the government’s stripping of class size and composition language from the teacher’s collective agreement – another battle over control. Until then, the provincial government is doing everything it can to centralize power and increase control over the system.

The boldest effort under the new legislation is the move to exert control over teachers’ professional development standards. According to the education ministry, there are no detailed requirements for certified teachers to maintain “currency of practice.” Meaning, unlike most professions, teachers have no formalized standards for maintaining and growing proficiency.

Sure, teachers have Pro-D days, but they are governed by the collective agreement and local union policies. This amounts to sending the fox to guard the henhouse. There are no province-wide training standards completely spelled out. The failure to do so belongs to the teachers’ union. So the government is stepping in.

Under the new legislation the education minister would have the authority to force a framework that establishes standards, which require teachers to regularly participate in high-quality professional development aimed at improving student achievement.

I believe these changes are needed, even though a backlash by teachers is likely.