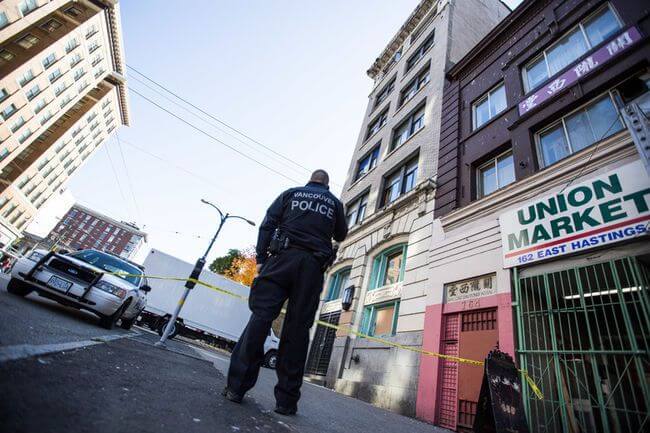 theQuestion: Should police surveillance cameras be installed in neighbourhoods to prevent gang violence?*

It’s infuriating to read yet another flippant dismissal of the threat posed by gangs, drugs and guns in Metro Vancouver.

My Duel opponent this week argues that mobile police surveillance cameras installed in neighborhoods with a connection to gang violence is an affront to privacy rights and is a dark step towards dismantling democracy and subordination to government.

It’s a slap in the face to those families who have paid the ultimate price, the devastating loss of a loved one to murder.

When alarm should be raised over the escalating violence in our neighborhoods, Petr stokes an unrealistic and preposterous fear that the government could and would read your personal text messages from a distance of 800 metres away. This is typical conspiratorial nonsense emanating from the fever swamps of the Internet and must be seen for what it is.

Yes, video surveillance technology has advanced and is quite good at providing police with clear images that allow investigators to identify faces from a distance. Isn’t that the point? What good would grainy video do in identifying the participants in a drive-by shooting?

Let’s not forget our region’s bloody history of gang warfare. In the first three months of 2009, more than 20 people were killed and 40 wounded in a brutal battle over drug territory. This spring, escalating violence between two ethnic gangs warring over drug territory in the Surrey and Delta area led to roughly three dozen shootings — leaving one dead and 19 homes and vehicles riddled with bullets.

If you lived in one of these neighborhoods would you not want the protection afforded by police cameras? At the very least, police cameras could help to identify the shooters and get them off the streets.

According to former B.C. solicitor general and Vancouver police superintendent Kash Heed, mobile police cameras are “used worldwide to prevent various types of crimes from occurring, whether it’s gang violence or some other kind of public safety issues.”

Here at home they have been proven effective, notably in stemming violence associated with the notorious Bacon brothers.

It’s ridiculous to ask the police to provide local residents with enough information to deliberate whether to approve installation of the mobile cameras, as it would tip its hand. The cameras are temporary and installed in public spaces, where there is no expectation of privacy.

Invasion of privacy arguments ring hollow to those standing over the body of a dead family member.