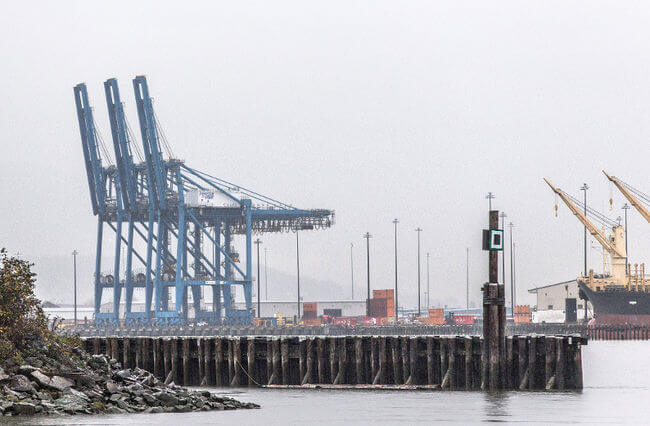 theQuestion: Is the approval of the Fraser-Surrey Coal Docks good for BC?*

What great news — for the first time in long time I am writing about a project being approved, instead of delayed or denied as a result of complaints from the anti-everything and NIMBY crowds.

Last week, Port Metro Vancouver approved a new $15-million coal-loading facility at Fraser Surrey Docks — handling up to four million metric tonnes of coal per year. The coal will arrive from the U.S. by rail — one additional train per day along the BNSF railroad — then transferred by barge to Texada Island for shipment to Asia.

The decision follows a two-year project review, which included what Port Metro calls “extra measures” to assess any potential environmental and human health risks. The comprehensive third-party review found there were no unacceptable risks and therefore Port Metro granted the permit. This is a welcome decision as coal exports significantly contribute to the local and provincial economy.

Port Metro says the new facility will provide 25 direct and 25 in-direct full-time jobs. While these job numbers may seem small, the total amount of economic activity from B.C. coal terminals is not. Warning, I am about to quote economic statistics supplied by the coal industry and while you may be suspicious of such data, I am not.

According to the Coal Alliance, in the last five years coal terminals have spent $584.4 million on products and services across the province, including $115 million in the City of Vancouver alone. This is a significant contribution to local economies and does not include what is spent on direct operations. Coal mines, terminals and the companies providing transport employ 26,000 British Columbians and every year the industry generates over $3.2 billion in economic activity in the province. You can’t dismiss the importance of the coal industry in B.C.

But what about the environmental concerns around the use of coal and impact of rail cars passing through communities, scattering coal dust everywhere? First, two-thirds of the coal shipped out of B.C. is used for steel production, not to be burned to generate electricity. Think of all the mass transit lines and energy efficient buildings built with steel made from B.C. coal. Second, BNSF has a strong coal dust mitigation program in place and plans to further limit any spread by treating coal cars with a sprayed-on binding agent at a new facility it will build south of the border.

Port Metro Vancouver made the right call — this is a win for B.C.