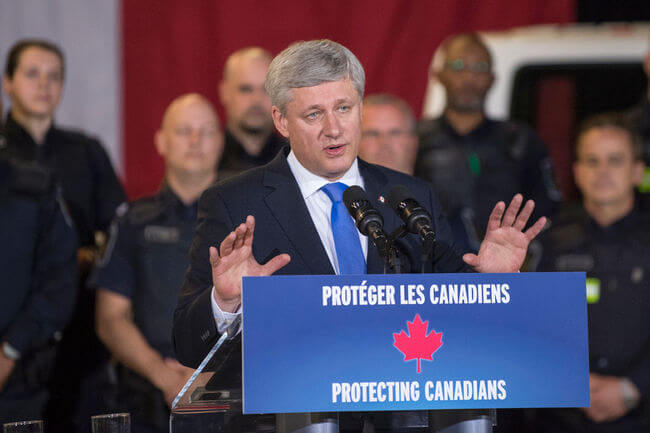 theQuestion: Does the passing of Bill C-51 ensure an NDP win in the federal election?*

Petr is right this week. It does look as though the NDP is poised to win the federal election this fall and the party’s stand against Bill C51 locks in the win. Wait! Hold on for a second, I’m mistaken. Upon a more careful reading of my colleague’s Duel submission, I don’t see any evidence offered to support this position at all.

Sadly, all I see is yet another tedious Western liberal argument that dangerously underestimates the real threat.

Sickening policies of apology and appeasement won’t win the NDP the election. The anti-terrorism law is a path to victory, not defeat. The Liberals knows this and that’s why the party’s MPs voted in favour. The Liberals took a principled stand and made the tough call. I’m not a big Justin Trudeau fan, but I have to give the Liberal leader credit for joining with the Conservatives — two-thirds of Parliament supported the bill. The NDP are on the wrong side of this issue.

Canadians widely support enhanced security measures — despite the negative spin you hear coming from a single Forum Research poll. In April, Forum data showed 51% of Canadians support stiffer anti-terror legislation. The Forum results are suspiciously lower than what the Angus Reid Institute found just two months before, when a whopping 82% of Canadians surveyed said they support the anti-terrorism law. According to Angus Reid, 36% say the bill “does not go far enough” and 63% say they “trust those agencies to access and use Canadians’ personal information only for anti-terrorism purposes and nothing else.”

What the NDP deeply misunderstand is that immigration has brought to Canada millions of new residents with deep conservative values. Over the past 25 years Canada has welcomed nearly a quarter of a million people a year — adding up to a new Toronto every 10 years. Many have settled in the metro suburbs of Ontario and Quebec. The new enhanced security laws will likely deliver these key ridings to the Tories and re-elect Stephen Harper and his Conservatives.