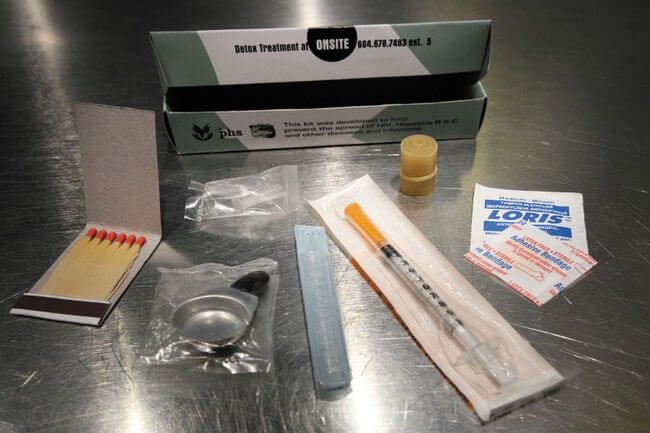 I have a lot of sympathy for injection drugs users. Addiction consumes mind, body and soul — without treatment, the disease gets progressively worse, leaving only incarceration or death. That is, unless you frequent Insite, the safe-injection site in Vancouver’s Downtown Eastside. There, the mortal consequences of hard-core drug use are suspended.

At Insite, drug users can inject heroin (40% of injections), powder cocaine (30%) and methamphetamine (5%) — chasing the high all the way to the point of death, with no fear of paying the ultimate price.

An overdose is death in process — the user consumes more drug than the body can process and life-sustaining functions begin to halt. In the case of heroin, the person loses consciousness and the body forgets to breathe. Blood pressure can fall causing heart failure. Or, arrhythmia can stop the heart from pumping enough blood to the brain and other organs. The user is dying.

Opioid overdoses are a regular occurrence at Insite. But death is denied its pleasure since facility staff members are at the ready to administer injections of naloxone hydrochloride to reverse the overdose. Brain damage can occur within only a few minutes as a result of lack of oxygen to the brain. So health-care workers hover and wait. I find this wretched and deplorable.

My Duel colleague says Insite provides the “lowest echelon of society a chance to overcome their demons.” It does nothing of the sort. Insite states on its website that it strives to decrease adverse consequences of drug use “without requiring abstinence from drug use.”

Don’t let “harm reduction” advocates sway you with meaningless stats like a 35% drop in overdose deaths. That is only within a five-minute walk around Insite. What a pathetic measure of success against the massive problem of injection drug use.

There are an estimated 15,000 injections a day in the DTES and only 600 of those happen at Insite — meaning we would need another 24 facilities in the DTES to support them all.

Sure, lives are saved, but to what end? The goal of an emergency overdose intervention is not to save a life in order to get that person into treatment and foster abstinence. No, it’s merely to snatch the user from death’s door. Dust them off and then allow the cycle to repeat. Insite only enables the continuation of human misery.