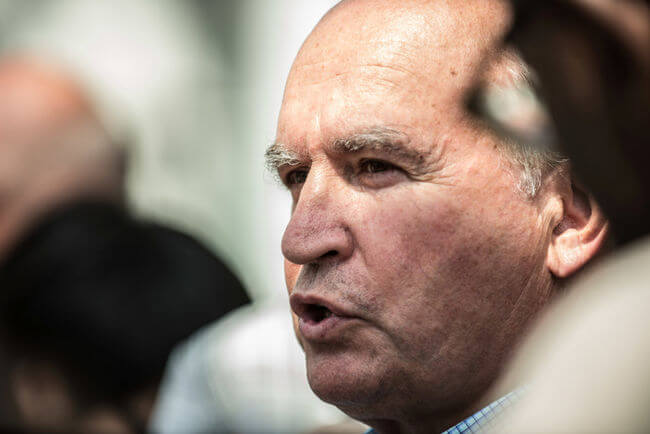 theQuestion: Is the B.C. government being impudent in its approval of the Red Chris mine?*

It’s wonderful to see my Duel opponent has settled so nicely into his role as attack dog for the raving left. Clearly, his union training is paying off well. Petr’s Duel is ripped right out of the activists’ handbook — demonize, discredit and disavow. Oh, and let’s not overlook deceive.

Where’s the proof? While it’s impossible in the confines of a 400-word Duel to source each and every fact referenced, it’s customary to share with the reader some inkling of where the key facts supporting your argument come from. My opponent provides only hyperbole.

The attack against Energy Minister Bill Bennett is ad hominem — implying that Bennett is so devoid of humanity he would encourage the consumption of water containing “substances known to cause brain damage, organ failure, and cancer.” What an incredulous attack on a person’s character. The truth is that just five days following the accident, lab tests by the Ministry of Environment showed the water safe to drink. It’s inconceivable that anyone in government, whether they are politician, scientist or bureaucrat would allow the water drinking ban to be lifted if it wasn’t safe to do so.

It’s all a part of the demonization process tasked to fire passion, stoke fear and ferment hatred. Bennett cackles as he disperses calamine location laced with arsenic. Premier Christy Clark happily “smears clean” an environmental disaster as she gorges on campaign donations from evil resource companies. Environmental safety reports cannot be trusted when paid for by the resource company — who should pay for the reports, taxpayers?

OK, no reasonable person can defend what happened at the Mt. Polley mine last summer. Imperial Metal Mines has much to be held to account for. This is why I support the Red Chris mining operation, which the company also owns. The additional scrutiny and lessons learned following Mt. Polley will certainly go a long way to making mining safer in B.C.