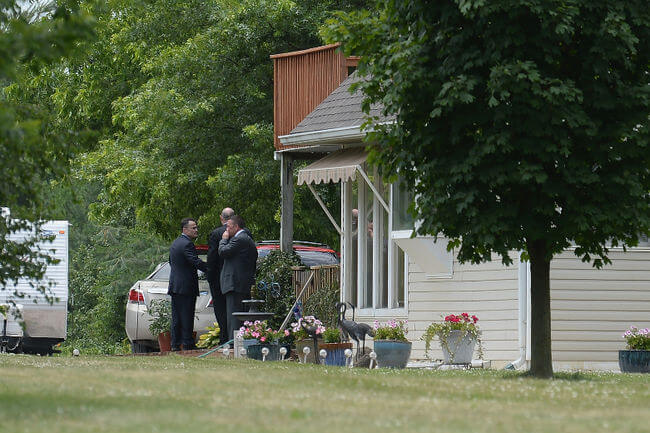 theQuestion: Is the left-wing complicit in the shooting of members of the U.S. Congress?*

Left-wing political violence poses a clear and present danger to the stability of capitalist democracies. For the Left, the entire point is to incite revolution and overthrow the status quo.

James T. Hodgkinson is the 66-year-old Bernie Sanders supporter who opened fire with a high power rifle on dozens of people at a baseball practice in Alexandria, Va. The attack was an attempted assassination of Republican members of the U.S. Congress. It was premeditated, targeted and most definitely political.

How do we know it was an act of left-wing political violence? Police found an assassin’s list on Hodgkinson’s body, after he was shot and killed by U.S. Capital Police — heroically preventing a massacre.

The list contained names of only Republican lawmakers. One of those on the list is South Carolina Rep. Jeff Duncan. Just before the shooting, leaving baseball practice early, Duncan says he was approached by a man in the parking lot and asked whether the players were Republican or Democrat. Duncan answered Republican. Minutes later Hodgkinson opened fire.

Important to note, there have been no reports Hodgkinson was suffering from severe mental illness. While erratic and abusive to those around him, he did not appear to be mentally deranged. He was, what I described in my last Duel column, a pissed-off Leftist.

Online. Hodgkinson expressed hate for Republicans and protested right-wing fiscal policies in the streets. He was a volunteer on Bernie Sanders’ 2016 presidential campaign. He was a member of the Facebook group Terminate the Republican Party.

And, of course, he was a Trump hater.

This would-be assassin blamed the political right for the ills of society. Which means Republicans are standing in the way of the socialist Utopia, so it’s fair game to take them out, permanently.

The Left has attempted to deflect attention from Hodgkin’s political motivations by branding the shootings as the actions of a lone gunman, or wolf, if you will. Sound familiar? It is the refrain so often used to minimize individual acts of Islamic terrorism.

OK, I’ll bite. Where did Hodgkinson get self-radicalized?

With the near entirety of mainstream media preaching left-wing hate, it’s not a stretch for violence to follow.