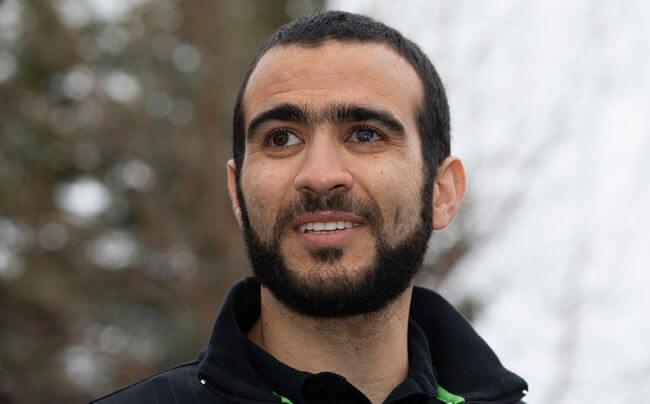 It’s sickening, Justin Trudeau’s decision to pay convicted terrorist Omar Khadr $10.5 million and to have the Canadian government issue him a formal apology.

Khadr is the Canadian-born Muslim captured by American soldiers after a firefight during the War in Afghanistan in 2002. Khadr was 15 years old when, by his own confession, he threw one of the grenades that killed U.S. Army Sgt Christopher Speer.

Bleeding-heart liberals immediately labeled Khadr a “child-soldier” meaning he was either brainwashed or coerced into fighting for Al-Qaida in Afghanistan.

If anything Khadr was kind of an army brat growing up in an environment soaked with Islamism. His parents were immigrants — his father Ahmed Said Khadr an Egyptian and his mother a Palestinian. Ahmed moved his family frequently between Canada and Pakistan where he became closely associated with terrorist mastermind Osama bin Laden.

Months before sending his 15 year old son to the Afghan battlefield, ostensibly to act as a translator, Ahmed was named one of the most wanted terrorists in Afghanistan. He operated internationally and was wired into Jihad.

The Canadian government issued the payout and apology because in 2010 the Supreme Court ruled Khadr’s rights were violated when Canadian authorities questioned him knowing that Khadr had been sleep-deprived while in custody at Guantanamo Bay, Cuba. Sleep-deprivation is considered torture and when Canadian officials shared details with American allies, Khadr’s rights were violated.

I remind you, Khadr killed a U.S. soldier in Afghanistan during the bloodiest fighting in the wake of the 9/11 terrorist attacks. We were at war — we are still at war — with radical Islam and Canadians have nothing to apologize for.

Liberals delude themselves into thinking all people are born good and its society that makes people bad. If this is the case, what society put a grenade in Omar Khadr’s hands? Did a Canadian upbringing turn Khadr into a Jihadist warrior? Of course not.

I do agree that Khadr was a child-soldier. Someone or some force is responsible for turning him into a killer. What could that be? If you follow the liberal argument you would be forced to conclude that Khadr was brainwashed by radical Islam or coerced by his terrorist father to take up arms for Jihad. Either way, the liberal argument proves the capacity for radical Islam to turn children into soldiers — a barbarous phenomenon entirely foreign to the West.

Liberals are idiots. There I said it.