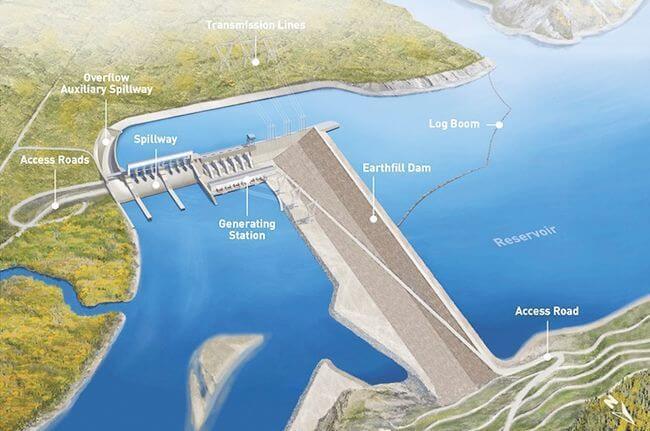 theQuestion: Considering the results of the Joint Review Panel report on BC Hydro’s Site C dam, should government approve the project?*

In the 1960s, B.C. made a long-term investment in hydroelectric power and you have to be proud of what we accomplished. For more than 50 years, hydroelectric power has been an environmentally friendly, inexpensive method of producing the large quantities of power needed to run our homes and businesses, and to grow industry.

Now we need to reinvest in future capacity because B.C.’s population is estimated to grow by one million over the next 20 years. This is what BC Hydro’s proposed $7.9-billion Site C dam on the Peace River will do.

Last week, the Joint Review Panel released its assessment of the Site C project to the federal and provincial governments.

I am a supporter of the project and believe the report provides a clear path to a green light.

While the report finds BC Hydro needs to do a better job of forecasting power demand in relation to future pricing, it states that B.C. will need new capacity at some point and the benefits are clear “the project would provide a large and long-term increment of firm energy and capacity at a price that would benefit future generations. It would do this in a way that would produce a vastly smaller burden of greenhouse gases than any alternative, save nuclear power.”

This is a critically important statement. Simply, Site C will produce the cleanest and least-expensive power than any non-nuclear alternative.

Yes, the report outlines there will be environmental impacts, as there are with all large-scale electricity generation projects. Those impacts can be mitigated. In many areas, the panel agrees with BC Hydro’s plans for mitigation and the report also makes further recommendations we should follow.

Unless naysayers are willing to personally unplug from the grid or assume the risk of damaging B.C.’s economic future, they should stop perpetuating the politics of “no” and find ways to work with BC Hydro on implementing Site C.

If we go ahead with Site C, we can offset many of the environment impacts and reap the benefits of clean, renewable hydroelectric power that will last for over a hundred years. Makes sense to me.