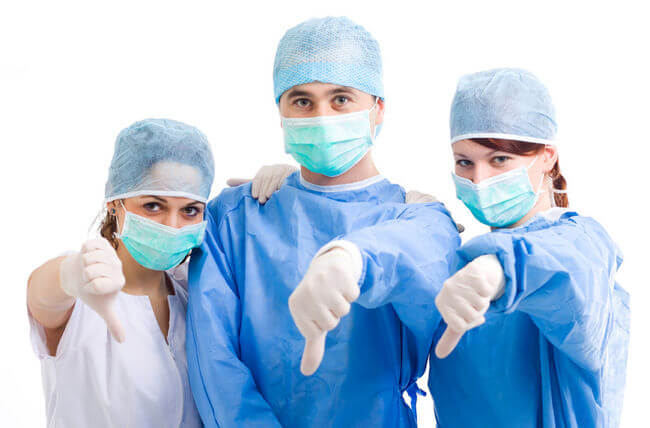 theQuestion: Should unvaccinated health-care workers be allowed to work without wearing a mask during flu season?*

If a health-care worker is a vaccine skeptic and chooses to deny established science proving the efficacy of the seasonal influenza vaccination program, they should not be allowed to work on the front lines of B.C.’s health-care system.

Don’t think the flu is a problem? According to the World Health Organization, the annual attack rate is estimated at 5%–10% in adults and 20%–30% in children. Illness can result in hospitalization or for the very young, elderly or chronically ill, death can occur.

Each year millions get sick and hundred of thousands die. If a non-seasonal pandemic hits, as in 1918, tens of millions could die.

It was only through advances in public health and medicine did the world begin to get a handle on influenza. Science made the difference in the battle against the flu and now anti-vaxxers seek to undermine its legitimacy — as my Duel colleague attempts to do this week — by casting doubt on the scientific process itself.

Petr says the WHO doesn’t always “guess the right strains.” Guess? Does my colleague really believe that WHO scientists and the thousands of others in over 100 countries are guessing? Scientists don’t guess and assertions to the otherwise are an attempt to undermine their findings — usually for political purposes. These tactics are similar to those used by climate change deniers, the ones that often attack the WHO for stating “climate change is the greatest threat to global health in the 21st century.”

If WHO scientists can be trusted on climate change, they should also be trusted on vaccinations. Vaccine strains are selected based on year-round surveillance at 142 national influenza centres in 113 countries worldwide. The disease is scientifically tracked, studied and forecasts are made — all impacting the decision on what to include in each country’s seasonal flu vaccine.

Infectious disease is complicated and the mere fact that some seasons are more difficult to predict than others demonstrates how vigilant society needs to be. We are not being vigilant if we allow individual health-care workers to make independent “evidence-based decisions” on the risk.

The flu enters the body through the respiratory tract. When an infected person coughs, infected droplets get into the air and spread. Wearing a mask is the least an unvaccinated health-care worker can do.