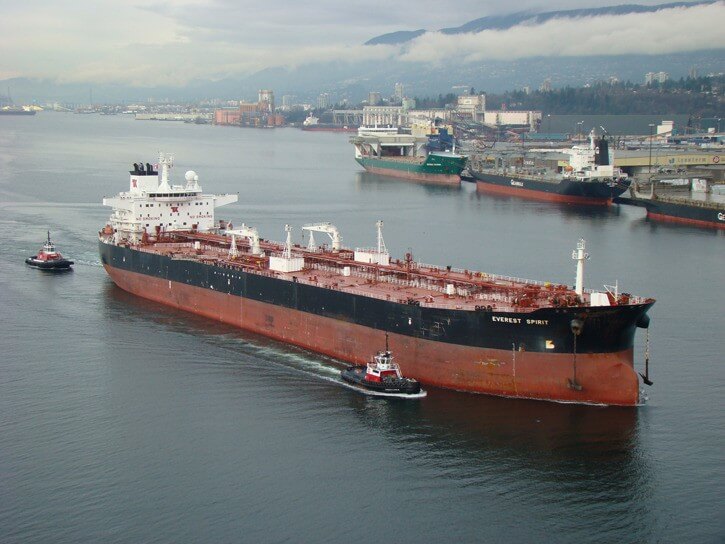 theQuestion: Is an increase in tanker traffic reason enough to stop the Kinder Morgan pipeline?*

Pipeline politics is a divisive issue and deciding on which side you stand can make or break your chances of winning a provincial election, as former B.C. NDP leader Adrian Dix woefully learned—it’s thought by many Dix’s flip-flop on Kinder Morgan lost the election. As voters returned the pro-resource B.C. Liberals to power, the fight to halt projects like the expansion of the Kinder Morgan pipeline moved to the municipal level—most notably Burnaby.

Burnaby, which serves as the terminus for the pipeline, is at the epicenter of the Kinder Morgan battle—the company is seeking to twin its existing pipeline increasing capacity from 300,000 to 890,000 barrels of crude oil per day. Burnaby Mayor Derek Corrigan is vocally opposed to the $5.4 billion project and is doing everything he can to stop it. That includes refusing to allow the company to go onto city lands to conduct the geotechnical work necessary to determine if it’s possible to route the pipeline via a tunnel through Burnaby Mountain.

Corrigan may believe he is responding to his constituents concerns but I don’t believe he is listening at all. The ones who are listening and taking positive action are the company and federal government. Kinder Morgan has heard public concerns and said its recently adjusted plan for the tunnel will ensure the new pipeline route and its construction will not effect Burnaby residents.

The federal government is also listening. It issued new rules last month, which now puts absolute liability in the event of an oil-spill on oil companies. If a company is unable or unwilling to properly respond to a spill, the National Energy Board (NEB) will have the authority and resources to assume control of incident response—with the federal government covering any spill related costs a company cannot pay, then recouping those costs through an industry levy.

Of important note to Mayor Corrigan, the federal government will also ensure reimbursement of any cleanup costs incurred by local governments, communities or individuals. Therefore, any concern over Burnaby citizens paying for disaster response is abrogated. No government or citizen will pay.

I say the Mayor should grant Kinder Morgan the access it needs to test the feasibility of the tunnel plan, if not, the NEB has the power to do it for him.