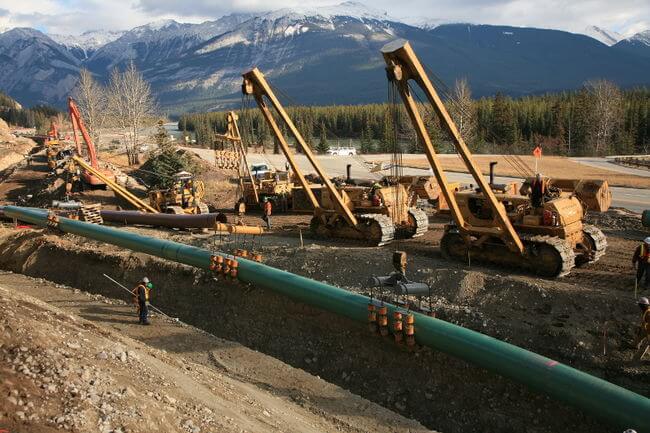 theQuestion: Did the National Energy Board make the right decision in recommending Enbridge’s Northern Gateway project for approval?*

All great industrial projects have risks. Evaluating those risks, and the plans made to mitigate their impact, fall to governments and quasi-judicial bodies such as the Joint Federal Panel under the National Energy Board. The panel recommended the Northern Gateway pipeline should be approved, subject to 209 conditions. These conditions, if met, will significantly reduce the risk and should allow for the pipeline to be built.

I take exception with Laila’s attempt to “other” those of us who support projects like Enbridge and believe the economic benefits outweigh the risks. She argues British Columbians who value our “pristine” lands and water will fight alongside environmentalists and First Nations in this great battle against the Enbridge pipeline. I’d like to remind Laila she doesn’t speak for all British Columbians. Her assertion that if you support the pipeline then you obviously don’t support the environment is erroneous as there are many British Columbians who are pro-pipeline and also value the environment. Why must it be one or the other?

Let’s agree to shelve the issue of increased carbon footprint from the extraction of oil from the tarsands, and the impact derived from the consumption of the end product.

While they are of concern, the issue here is pipelines. No matter what, Alberta’s heavy oil will be extracted and will find its way to market. Pipelines are by far the easiest, most cost-effective and safest method to move oil over land. As I reported in the Duel last summer, research shows pipelines result in fewer oil spills than moving oil by road or rail. Pipelines are better for the environment than any other method.

Once the oil reaches shore, it’s loaded onto oil tankers and there is concern of a spill. However, one of the B.C. government’s five conditions Enbridge must meet before receiving provincial approval is the development of a world-leading marine oil spill response, prevention and recovery system. While the NEB has approved the project to go to the next stage, the B.C. government must still weigh in. Enbridge is required to prove it can mitigate the risks of heavy oil shipments, protect B.C.’s coastline and pay for cleanup and damages if disaster strikes.

Let’s give Enbridge the opportunity to meet all the conditions set out and if it does we should say yes to the pipeline and yes to B.C.’s future.