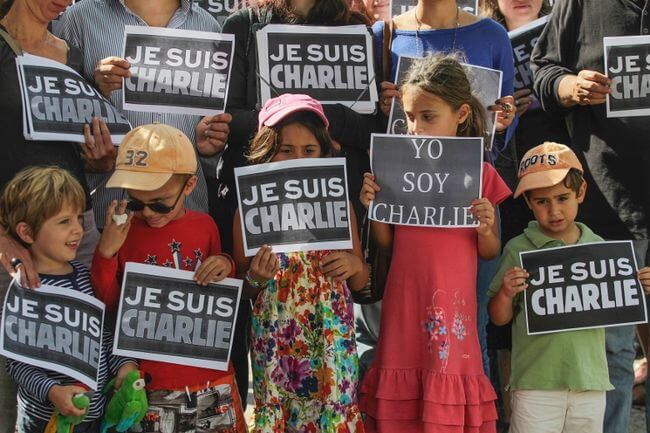 theQuestion: Does the massacre in Paris justify further expansion of spy powers in Canada?*

Can anyone still deny that the Western World is at war with radical Islam? After the massacre in Paris this week, I should hope not. Two Islamic jihadist gunmen burst into the offices of the satirical weekly magazine Charlie Hebdo and slaughtered nine magazine employees, one guest and two police officers.

In just over five minutes, 12 were dead — eight of the slain were on the editorial staff, including the magazine’s publisher and some of the country’s sharpest political cartoonists. They were executed because they defiantly published cartoons that delivered biting satire made at the expense of the prophet Muhammad. For some Muslims, the depiction of the prophet is sacrilege and any commentary seeking to expose the morally corrupt nature of radical Islam is a capital offence.

When Laila and I discussed how to address last week’s events in the Duel, we found it difficult to settle on an approach. I can confidently say we are both outraged by the heinous attack and there is much we agree on. Where we disagree is on the actions the Canadian government should take in response.

Last fall, we debated legislation introduced by the Harper government providing law enforcement and security services expanded powers to conduct surveillance abroad, and to more closely monitor suspicious activity by those here at home. Our debate followed the killings of two Canadian soldiers — one in Ottawa and the other in Quebec — by two Canadians who I believe can rightly be called terrorists. I fully supported the new legislation.

I also support the further expansion of these powers, as the prime minister has promised to do, in response to the Paris attack. Harper said last week that his government plans to bring in new anti-terror laws when Parliament is back from winter break. He also said the international jihadist movement has declared war on Canada and its allies. He’s right. The West is at war, but unlike the U.S. war in Iraq, this is a war the West did not choose.

The Paris massacre was horrific and barbaric, but not shocking. There should be no surprise by the murderous extent of radical Islamic fighters in their war against the ideals of Western Civilization. The bloodbath in Paris is just one battle in the jihadist campaign to murder free thought.

Make no mistake, wishing will not make this go away and we must prepare to be attacked here at home.