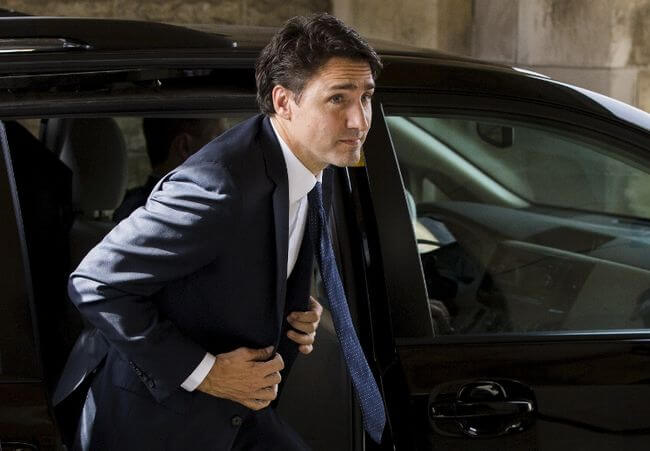 theQuestion: Should the federal Liberals go ahead with their campaign to promote the Syrian refugee program?*

Political propaganda may be a sharp blade or a blunt tool depending on circumstance and desired outcome. Typically, effective propaganda of the Canadian variety is wrapped in uplifting themes, sunny images and heartfelt appeals calculated to nurture Canadian identity and celebrate diversity.

There is nothing wrong with these messages, unless the desired outcome is to bash your recently defeated political opponents over the head with an issue that is highly divisive and culturally sensitive — rubbing their noses in the loss.

Shamefully, this is exactly what our new prime minister plans to do with a taxpayer funded advertising campaign to promote the government’s Syrian refugee plan to Canadians.

The same week Justin Trudeau broke his campaign promise to bring 25,000 Syrian refugees into Canada by the end of this year — revised target is end of February — his newly minted Liberal government announced a federal marketing campaign to promote the Canadian way of “open hearts and welcoming communities” in an effort to cajole wary Canadians into accepting the plan.

Canadians do need a little arm-twisting. According to an Ipsos poll released just over a week ago, 60% of Canadians disagree with the Liberal’s plan to accept Syrian refugees and 67% believe terrorists pretending to be refugees could enter our borders. Security is an issue for Canadians and the Prime Minister appears to have awakened to the fact. Albeit, with a flip-flop.

On Tuesday when he announced the delay, he told the CBC it was because the Liberals want it “done right” and that it’s “not about security”. Then on Wednesday, he conceded his government revised the timeline because of Canadian’s heightened concerns following the Paris attacks. He also acknowledged that unaccompanied men seeking asylum would not be included because of security concerns.

This is profiling, plain and simple. Although much denied by Trudeau and his cadre of progressive sycophants.

The marketing push is expected to cost $535,000, which is a drop in the bucket, compared to the $1.2 billion dollars over six years allocated to settle the 25,000 refugees. Trudeau should dump the plan. But, he won’t.

The advertising completes the weaponization of the Syrian refugee issue that was started during the federal election. It shall no doubt be a potent tool for propaganda in social media, where it is intended to have the most use as a weapon for left-wing outrage mongers to bash political enemies and stifle debate.