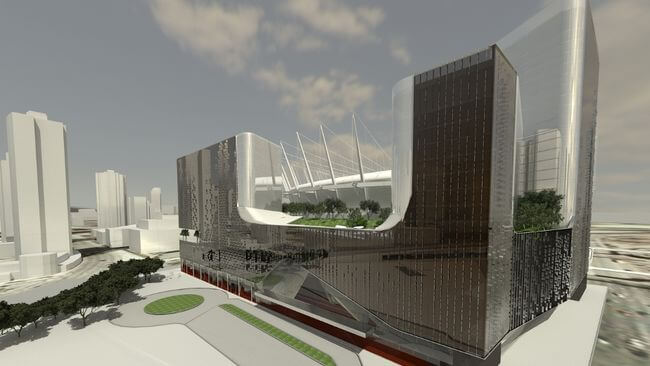 theQuestion: Should Vancouver city council approve the newly proposed ‘urban resort’ with casino near BC Place?*

While I appreciate Laila’s recap of the downtown Vancouver casino debate from the 1990s, I can’t help but feel her opposition to the current 2013 proposal by Paragon Gaming is tired and old. Her argument that established Vancouver businesses can’t compete with the new restaurants, bars and shops planned for the $535-million “urban resort” is short-sited and rooted in anti-growth thinking.

Vancouver is a world-class destination city. Paragon’s revised proposal for a new entertainment centre adjacent to BC Place will provide Vancouver with a strategic advantage in the global competition for international visitors. Increased tourism and the economic stimulus during construction and operation will certainly offset the increase in competition for local business.

According to a Paragon-commissioned report by Deloitte, the economic impact is substantial. During the construction phase, total direct and indirect expenditures amount to more than $700 million.

Deloitte estimates operation of the new resort will generate $180 million annually for the local economy, and an additional $87 million will be spent by visitors outside the resort. If these projections hold, it’s impossible to argue that established Vancouver businesses would be hurt. Everyone benefits, including labour. Nearly 4,500 jobs will be created during construction and 2,000 permanent jobs will be created to operate the hotels, parking and casino.

Opposition to the development comes down to the casino. Yes, Paragon lost its bid in 2011 to win public support to double the size of its gaming operations. After heated public consultation, the anti-gambling forces won out. However, city council did approve the rezoning to move the current Edgewater Casino to the new Paragon entertainment complex. As long as Paragon retains the existing number of slot machines and gaming tables, then the company is approved to move forward.

Paragon listened and retooled the proposal as a new “urban resort” concept. The company has secured investment and development partners and signed a master development agreement with the Crown corporation owning BC Place lands. The company has lived up to its end of the bargain. Now it’s time for Vancouver city council to do the same and approve the development permits for this exciting new entertainment complex in the heart of the city.