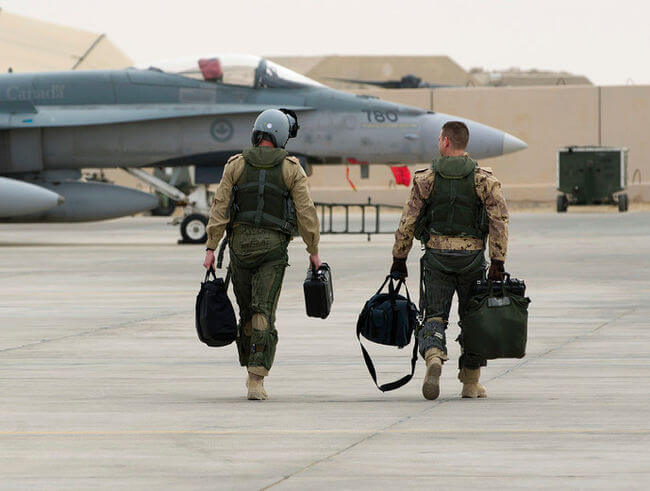 theQuestion: Is training alone enough of a contribution from Canada in the war on ISIS?*

The ISIS theatre of war is not limited to Syria — it engulfs Iraq and is metastasizing. The Paris attacks and the downing of a Russian jetliner are a testament to that.

The battle has truly gone global, propelled by ISIS’s savvy use of social media and demonstrated ability to radicalize locals — instigating homegrown attacks. To frame the conflict as merely a Syrian civil war is to purposefully minimalize the threat.

While Western leaders may not consider us at war with Islam, those that attack us certainly believe they are fighting a religious war. Every bombing, shooting and beheading follows the battle cry “Allahu Akbar!” — meaning God is greatest.

Before you brand me an Islamaphobe, I know all Muslims use this phrase peacefully in daily prayers. But it would be absurd to ignore the relevancy of its use before barbaric violence.

Moreover, ISIS clearly draws justification from its interpretation of the Quran — an interpretation that the moderate Muslim world has not adequately renounced. Where is the call for reform?

Petr calls ISIS a “terrorist death cult.” President Obama this week said ISIS is merely “a bunch of killers with good social media” and I have yet to hear Justin Trudeau utter the phrase “radical Islam.” It’s impossible to have a constructive debate when left-wing pundits and political leaders refuse to truthfully describe the motivations driving ISIS.

This is a war of ideals. The West believes in tolerance, freedom, equality before the law and the separation of church and state — ideals ISIS seeks to destroy.

Canada must do more than train local soldiers to fight ISIS. We need to put boots on the ground. We need to get into this fight. We need to lead. I am certain the Americans are only going to make it worse. Obama is ineffective and the Republicans are lunatics. I do not want to leave all decision making to the U.S. ISIS is not going to differentiate. They are at war with the entire Western world.

Only western Liberals have the political capital to stop ISIS. Conservatives can’t risk being deemed warmongers and racists. When the left wakes up and realizes that sending unicorns, rainbows and hugs to the Middle East isn’t enough — only then does the West have a fighting chance.