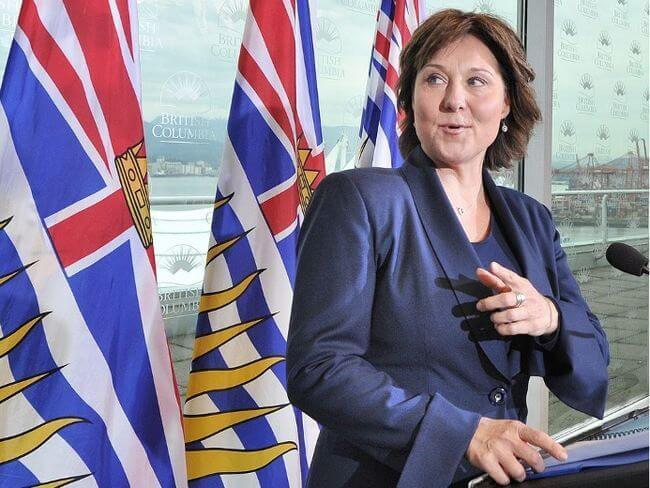 The provincial election was a disaster. No matter the final result, it’s clear that Christy Clark lost the election. Big time. Clark was unable to adequately defend free-market principles and articulate a vision that appealed to both urban and interior voters. The great irony of our times is that urban voters lean left and interior voters lean right. Clark’s pandering to left-leaning voters left her lying flat on her face, causing all sorts of problems with her messaging.

For example, on Election Day, a tweet from Clark’s official twitter account stated “We have a plan to create jobs, and stand up for BC. I choose hope over despair.” 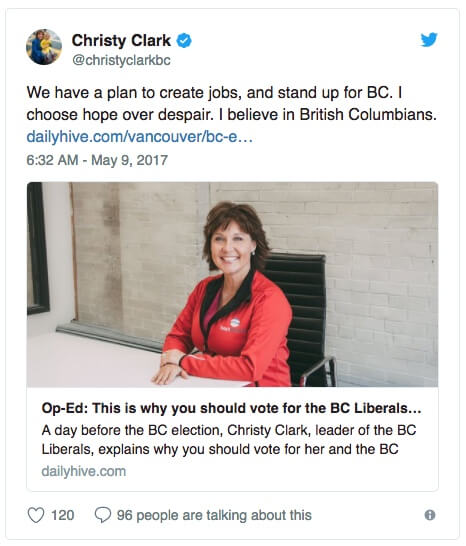 Pardon my language, what the hell does that mean? The premier chooses hope over despair? Is this not the NDP’s message? The only hope British Columbians needed going to the polls was to stave off a socialist takeover of the provincial government.

Perhaps Clark didn’t grasp how this message undermines the facts that the Liberals delivered five balanced budgets in a row and the strongest economic growth in the country. Its sloppy, confused messaging that has the stink of leftist, progressive thinking.

Also off-kilter was Clark’s tirade against the American softwood lumber industry. While on the stump in Williams Lake, she exclaimed the Americans are “driven by greed” and admonished the “top 1%” for wanting to “line their pockets at the expense of the middle class.” Accurate or not, this is the language of the left and rings disingenuous considering Clark was under fire for being too cozy with corporate donors.

Clark began pandering to the left last June with a surprise op-ed, revealing her personal experience with sexual assault. She sided with radical feminist dogma and failed to mention that most men in this province are not sexual predators. Last summer, Clark abandoned the government’s principled position, which refused to single out transgender people in the B.C. Human Rights Code. She threw 22,000 real-estate agents under the bus to placate housing critics. And she attempted to sway millennials by promising to green-light Uber, likely costing Peter Fassbender re-election.

Clark was hammered in the election and promises to “do government differently” and to “lead a change in dialogue.” If so, Clark’s metamorphosis will be complete. Otherwise, Clark’s only path to redemption is to channel Margret Thatcher and prepare for the fight ahead.

Remember, when the left demands compromise what they really mean is capitulation.