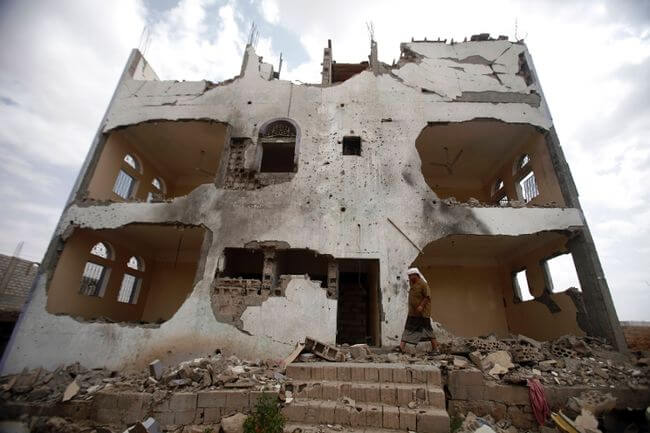 One of the key selling points the U.S. used in its pitch for the 2003 invasion of Iraq is that it’s better to fight the enemy “over there” than “here at home.” It’s not a new strategy and the U.S. military certainly doesn’t own it. For millennia the most used and often most successful military tactic is to “take the fight to them.”

It doesn’t always work out for the best, as we saw in the case of Iraq. Obviously, the “take the fight to them” axiom meant hundreds of thousands of boots on the ground, fighting in a country where the enemy wasn’t.

By contrast, the CIA-led program of targeted drone strikes against terrorist targets best exemplifies the axiom and proves that if you strike and kill your enemy where they are, then it’s possible to keep the homeland safe — while reducing the risk to life and limb from deploying troops to the battlefield.

The comprehensive effort by the U.S. to target al-Qaida and its leadership has kept us safer in the West. President Barack Obama says al-Qaida’s leadership has been decimated as a result of the drone program. For instance, in Pakistan over the last six months, 40 al-Qaida loyalists have been eliminated by American drone strikes, plus high-valued targets in Yemen and Somalia.

The recent news that two Western hostages were accidently killed last January in what is known as a “signature strike” should not deter the CIA drone program. A signature strike is when the CIA makes the decision to fire a missile based on a pattern of behaviour of people on the ground even if it does not know who it’s killing. This is how the one Italian and one American hostage were accidentally killed.

As tragic as this was, absolute certainty can’t be found if you are looking for it in a war setting. And it’s important to remember the West is at war. Like it or not, we simply cannot wish away this conflict with radical Islam. I am not a Western apologist for Islam. The Islamic religion is in need of a reformation to cleanse its holy book of the violent ideology that inspires most terrorist attacks.

Until that happens, I sleep better at night knowing U.S. drones are taking the fight to them.