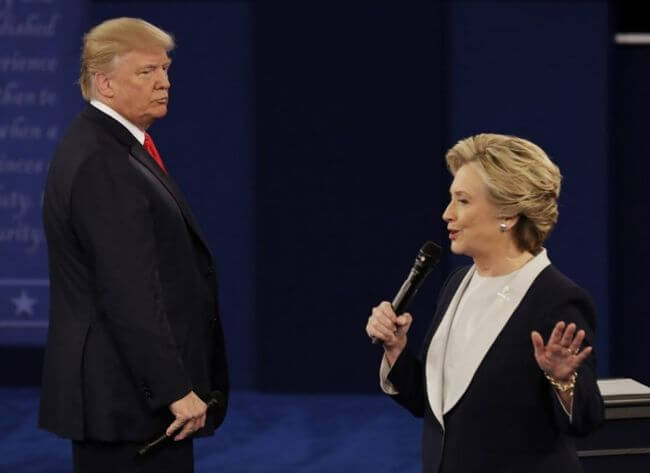 theQuestion: Who would make the better president Trump or Clinton?*

Better savour that bowl of granola and antioxidant green smoothie as come Wednesday morning it won’t taste quite the same under a President Donald J. Trump—freedom has a funny taste to it for progressives. Indeed, a Trump victory represents a clear and present danger to status quo progressive politics, which is why the left is fighting so viciously to defeat him and his supporters are so passionately behind him.

When Trump announced his candidacy with a tirade against those illegal immigrants bringing drugs and violent crime across the border—Trump did not say all Mexicans were rapists and murderers—he smashed the barriers of what is considered acceptable political discourse. For folks like myself, this is the single most important reason to support him.

The left constantly seeks to narrow the range of ideas considered politically acceptable for public discussion and then brands anyone that dares to discuss an issue outside of progressive parameters as racist, sexist, homophobic, xenophobic and Islamaphobic—just as Hillary Clinton did when she used these terms to define millions of Trump supporters as a “basket of deplorables” that are “irredeemable” and un-American. I find Hillary’s use of this tactic—excommunicating those with differing opinions from the body politic—to be deplorable.

Hillary is quick to use labels for ad hominem attack against political opponents, yet she won’t label the ISIS threat for what is it—radical Islamic terrorism. This progressive mind-set permeates the Obama administration and the Trudeau government here at home. It’s dangerous to say the least.

Just days before the horrific slaughter of 49 in Orlando the U.S. Department of Homeland Security released its “Countering Violent Extremism” report. In it, bureaucrats at the DHS bend-over-backwards to explain why religion is not the most useful way to understand the ISIS threat and that “social-contextual factors” play a larger role. The report recommends implementing a “cohesive redesign” of “American history” and to focus on “gender diversity of youth through careful attention to the range of push and pull factors that attract individuals of differing gender” to violent extremism. Sounds very progressive.

Hillary Clinton promises to continue these progressive policies, which are certain to further undermine security on this continent. She simply cannot be trusted with doing what is right.

Trump may present some inconvenient moments of uncomfortable clarity, but his foot-in-mouth disease is far less dangerous than the cancer of corruption Clinton offers.