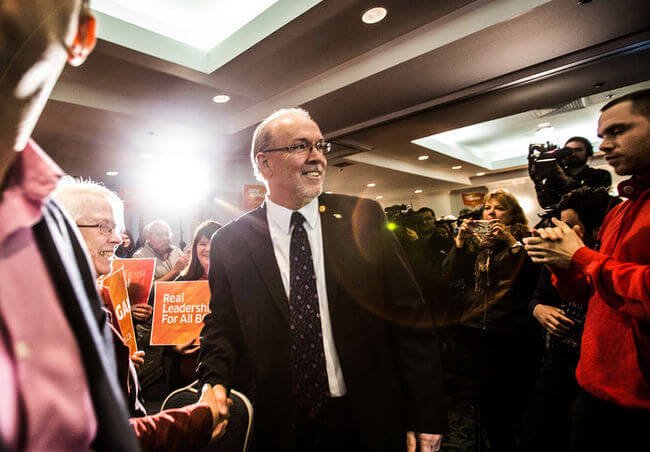 theQuestion: Should the B.C. NDP be given a chance to govern?*

Political campaigns are awash with the seductive promise of change. In the upcoming May 9 provincial election, B.C. voters face a choice, whether to stay the course with Premier Christy Clark and the Liberals or to vote for change, handing John Horgan and the NDP the keys to run the province.

B.C.’s future depends on whether or not a large number of voters decide it’s time to give the B.C. NDP a chance.

Voters must ask why a province that is counted as one of the most left-wing regions on the continent perennially elects the centre-right party, whether that be the B.C. Liberal or B.C. Social Credit Party? Over 23 general elections spanning the last 82 years the B.C. New Democrats — including its predecessor the Co-operative Commonwealth Federation — have won the provincial election only three times and held power for only a total of 13 years. It’s a damning indictment, proving voters don’t trust the B.C. NDP.

Why? I could detail all of the Dipper’s disasters and misdeeds while in power, but it’s better to look at the big picture — the one W.A.C. Bennett saw when he united the Liberals and Conservatives in the mid-1950s to create the powerhouse B.C. Social Credit Party. The New Democrats are socialists. This is no secret or exaggeration. Socialism has been a force in B.C. for well over 100 years and it still is.

The B.C. NDP is promising in this election a “Better B.C.” Don’t trust political parties promising to make things better. Better for whom? The NDP is only concerned with serving narrow class, race and gender interests in an effort to level the playing field.

If a person becomes wealthy or holds some other advantage, whether earned or not, it must have come at the expense of another and it’s up to the government to “make it better” by levelling this inequity through state force. It’s difficult for most to see but this impulse is a function of envy. Listen to the New Democrats and you may hear it. Or, you may not.

Much like a fish is oblivious to the water, the average British Columbian has no idea how far left the B.C. New Democrats are on the political spectrum. The entire infrastructure of our province from education and health to the media, arts and business is soaked in left-wing values. It’s natural to be oblivious, but don’t be seduced into giving the NDP a shot.